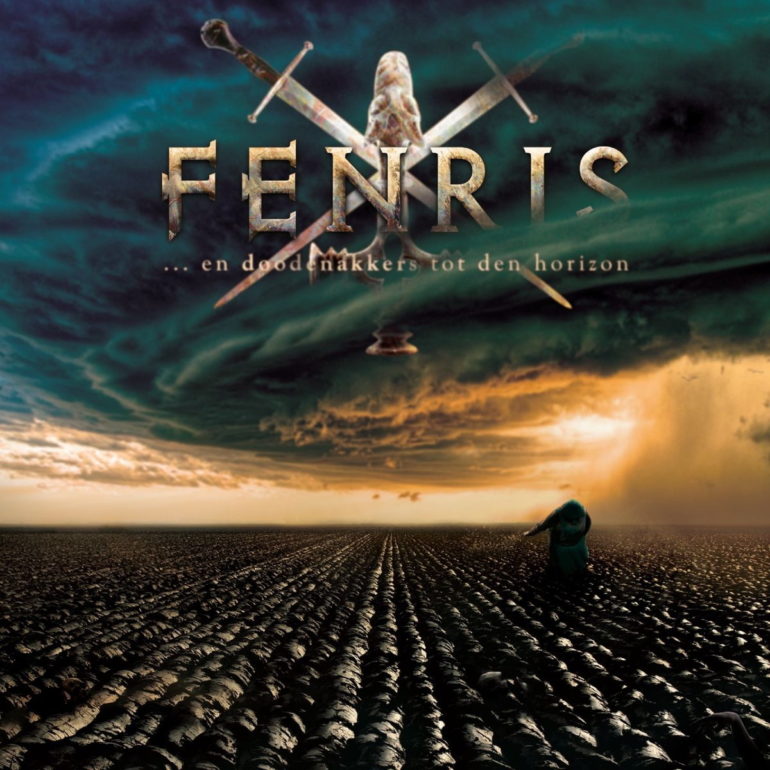 The Dutch melodic black/death metal band Fenris released their new album ‘…en doodenakkers tot den horizon’ in September 2016. The album tales about the battle within, the battle in war and the battle of humanity in general. Fenris was strengthened with the joining of new members Chris on bass and Joris on guitar. The song writing changed and became much more spontaneous, which resulted in a more black/death metal style, but with the spirit of Fenris intact.

It took Fenris eleven years to release this album with the inspirational title ‘…en doodenakkers tot den horizon’. Their last album ‘Ordeal’ was released in 2005 and they had some member problems in the meantime. When this was solved they went back doing what they are doing best: create heavy black metal with a pinch of Viking. Just perfect! This kind of albums makes me happy! The production is great, the songs are well written/performed and even the artwork hits the spot.

So are their any flaws? Maybe the drum mix could be a little bit clearer, but who gives a fuck when the rest of the album is cool? Songs like ‘Ruined’, ‘834’ (also released on the Zwaert compilation of Zwaertgeveght) and ‘Doodenakkers’ are perfect examples how this kind of extreme metal should be played.

The band had some good international response on their first two albums and I wonder if this success returns with this release. Times have changed, so I wish them the best of luck. One thing is clear, Fenris is still one of those gems that our small country has to offer.

Black metal with a touch of doom...a perfect recipe for a gloomy afternoon. Peter is a 40+ year old, BM enthusiast with his roots in the 90ties.