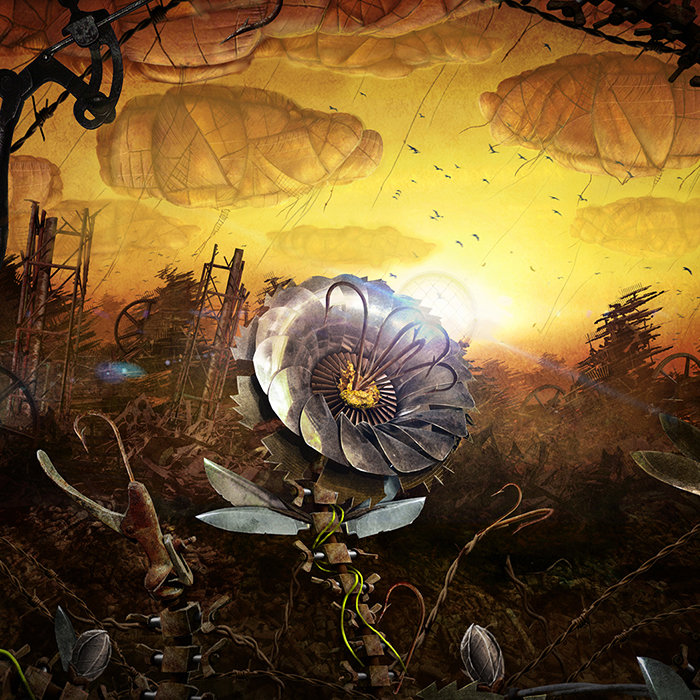 The Dutch stoner band Fabrik Royale is from Eindhoven. The last music the band released is from 2003! Back then they released the demo EP ‘One Eyed Idiot’. Now in 2016 they are back with their first official EP ‘The Same Machine’, which was released on February 11. Hopefully this gives the band the energy to move on, so let’s check this new EP.

Fabrik Royale brings you well performed stoner rock/metal, that sometimes has a tough of grunge in it. Like I said before, the band has been around for a while, but we forgot them I guess. My first impression is that ‘The Same Machine’ sounds very good and the 5 tracks are well executed. The guitar riffs are very straight in your face and sometimes it reminds to the grunge bands of the 90`s. The vocals are clean and filled with recognizable tunes: think of Soundgarden and bands like that. The drums are a bit to plain for me and misses a big groove in it. That is probably because I do not really like the sound of the drums, because it sounds like a wet towel. Fortunately the bass player actually is grooving, so he compensates the drums for that.

Overall the 5 songs are groovy and played very well, but the composing and variety are boring me a little bit. The songs sound a lot the same and have not much dynamic in it. That’s pity and makes it an EP I will not listen to a lot. What they bring is well done and this band clearly knows what they’re doing, because the music is very well performed. I hope their next album will appear soon and then with some more variety in it.