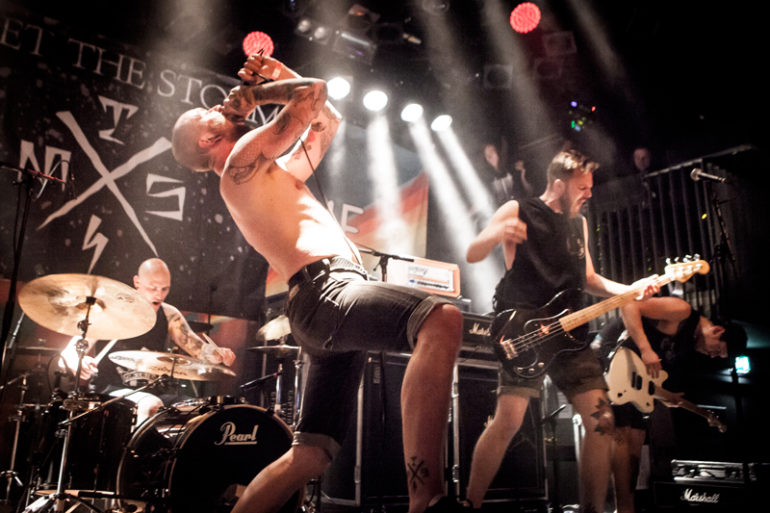 June 23, 2015 | Patronaat, Haarlem – There was a second change for those who didn’t went to Jera on Air and Graspop to see Every Time I Die (like me). Last Tuesday the metalcore band from Buffalo (US) played at Patronaat together with the Dutch bands Meet The Storm and The Royal.

Meet The Storm
The first band in the line was the Dutch punkrock/hardcore band Meet The Storm. Although the small venue wasn’t crowed yet the band from Rotterdam managed to start the evening with the most enthusiasm and visibly fueled by passion. The Royal
Unfortunately Counterparts had to cancel their show at the Patronaat due some throat problems caused by the dust on Graspop. Gladly there was the Dutch Metalcore band The Royal to take their place. Despite of this last minute gig The Royal seemed well prepared. Their sound is much darker and deeper than Meet the Storm and the breakdowns are following each other up at high speed. Every Time I Die
The energy on the stage quickly reflects onto the crowd when Every Time I Die started their set. The venue isn’t still very crowed yet, but that leaves enough space for some moshing and circelpits. ETID delivered a great show with high intensity and good vibes. Good show, very good evening!