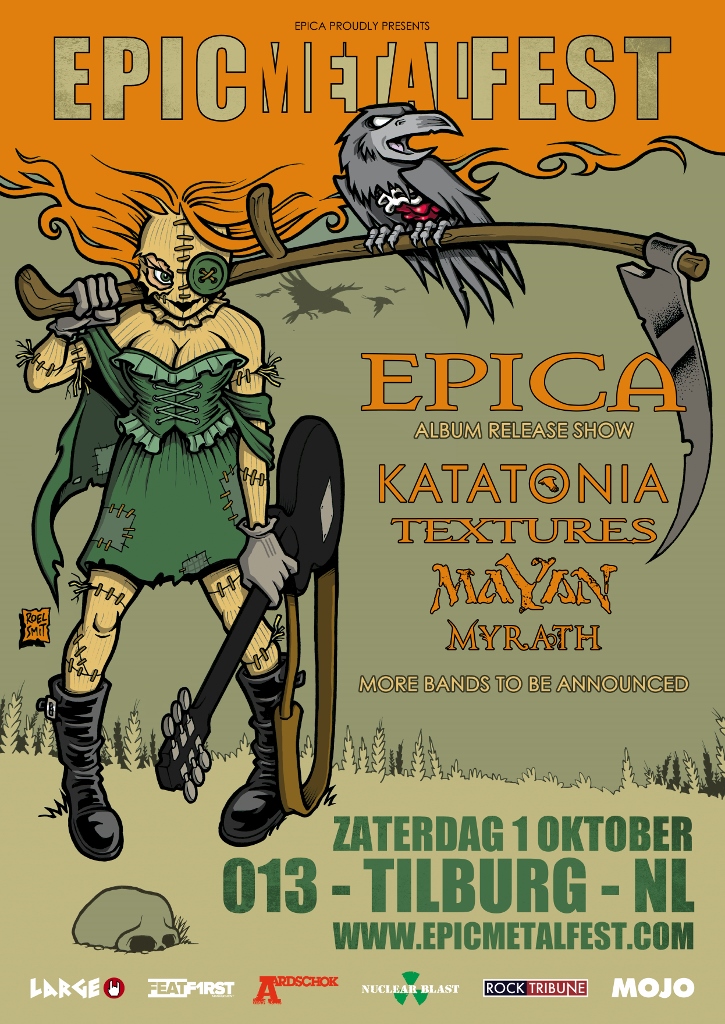 After a successful edition of Epic Metal Fest 2015 at ‘Het Klokgebouw Eindhoven’, the Dutch metal band Epica organizes a new Epic Metal Fest this year. This time the festival will be held at Poppodium 013, Tilburg on Saturday, October 1st. The Dutch bands that are already confirmed are the symphonic metal band Epica (only show in NL in 2016), progmetal band Textures and symphonic death metal band Mayan. Katatonia (SE) and Myrath (TUN) are making the bill complete for now. In total 12 bands will play at Epic Metal fest 2016, so we can expect another 7 announcements!

Epic Metal Fest 2015
The first edition of the new festival Epic Metal Fest took place on Sunday 22 November 2015 at ‘Het Klokgebouw Eindhoven’ and was a big hit! Almost 3000 visitors from all over the world agreed with the press, with Epica and the other bands: Epic Metal Fest must return every year! The aftermovie of 2015 can be found over here.

Tickets for Epic Metal fest 2016 go on sale from April 1st via Ticketmaster.