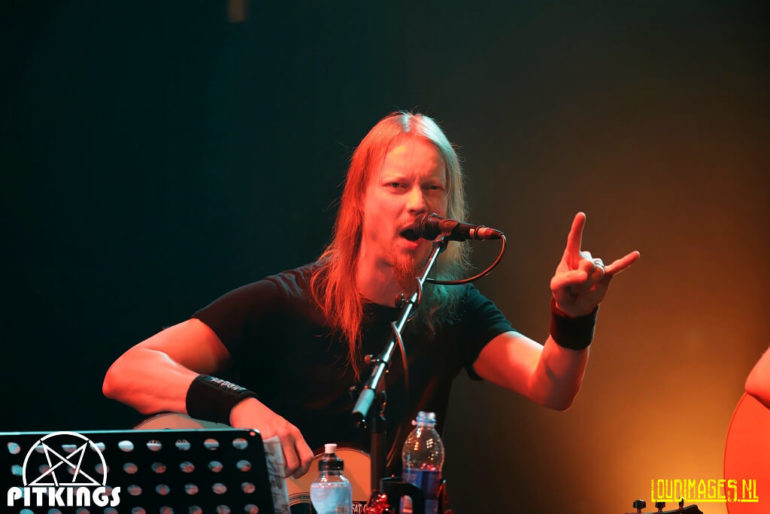 December 17, 2018 | Gigant, Apeldoorn – On a typical winter Monday evening in The Netherlands I got on my bike for for an acoustic session of Ensiferum and support act Trio de Facto. It is a bit misty, a bit of drizzle is falling and it is gloomy… this weather is perfect for a night of Doom, but actually Folk is on the schedule and I’m looking forward to it. I pull my Helloween beany further over my ears to protect my receding hairline from the cold and hurry through the streets of Apeldoorn.

Trio de Facto (FIN)
Trio de Facto is the acoustic half of Metal de Facto, a Finnish power metal band. In their current formation they play acoustic covers of all kind of bands with a large dose of humor. Singer Mikael Salo enters the stage wearing a huge, but pretty worn Mexican hat which causes quite a few chuckles. 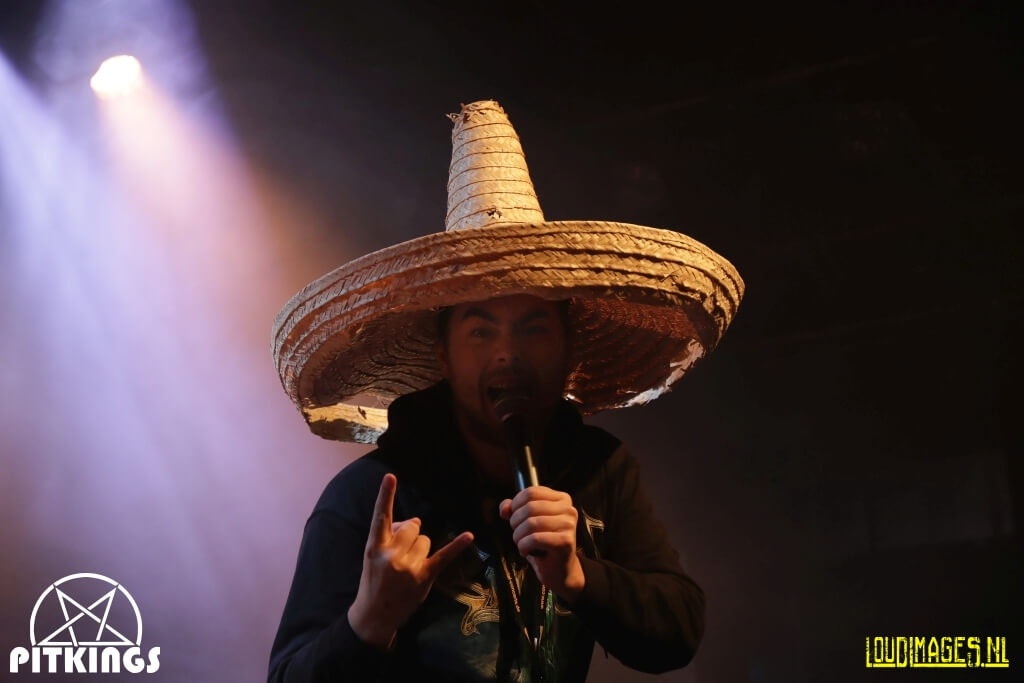 To my surprise the first song is Future World of Helloween. That can’t be a coincidence! Songs of Amon Amarth, Ghost, Iron Maiden and more are played acoustic with some funny twists. A cabbage as shaker is quite funny, but when “Wasted Years” is followed by a Finnish song about “Wodka” it is hilarious. 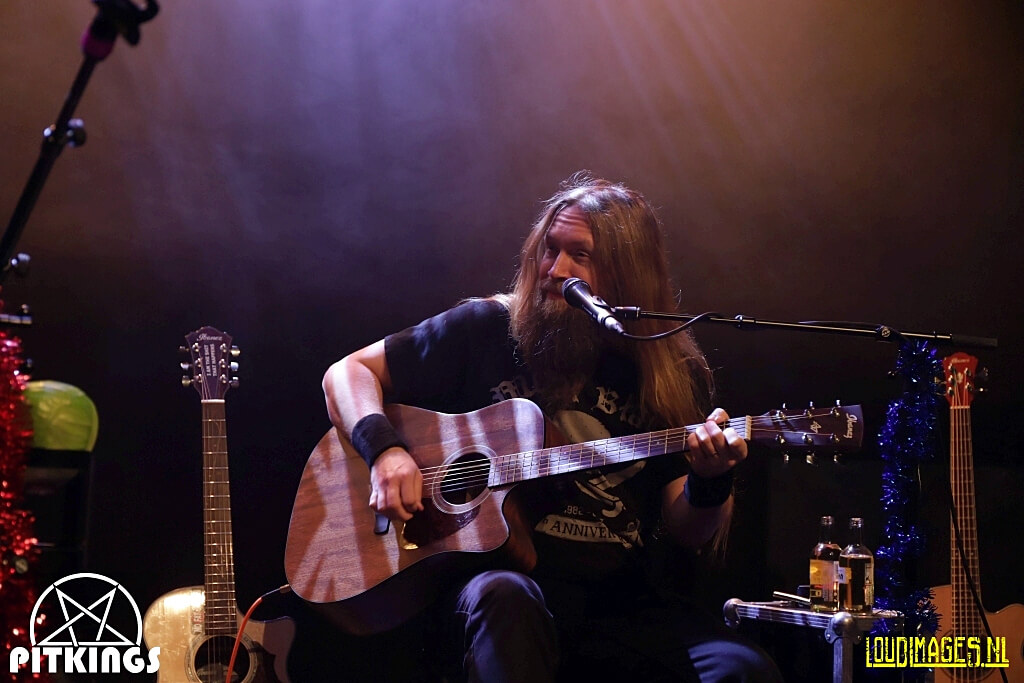 Guitar player Esa Orjatsalo is drinking from a bottle of Martini and Mikael is telling the crowd that they wish for a sponsorship of Martini and asks everyone present to tag Martini on social media. Sadly no one did until know and they hope for the Apeldoorn crowd to change that. 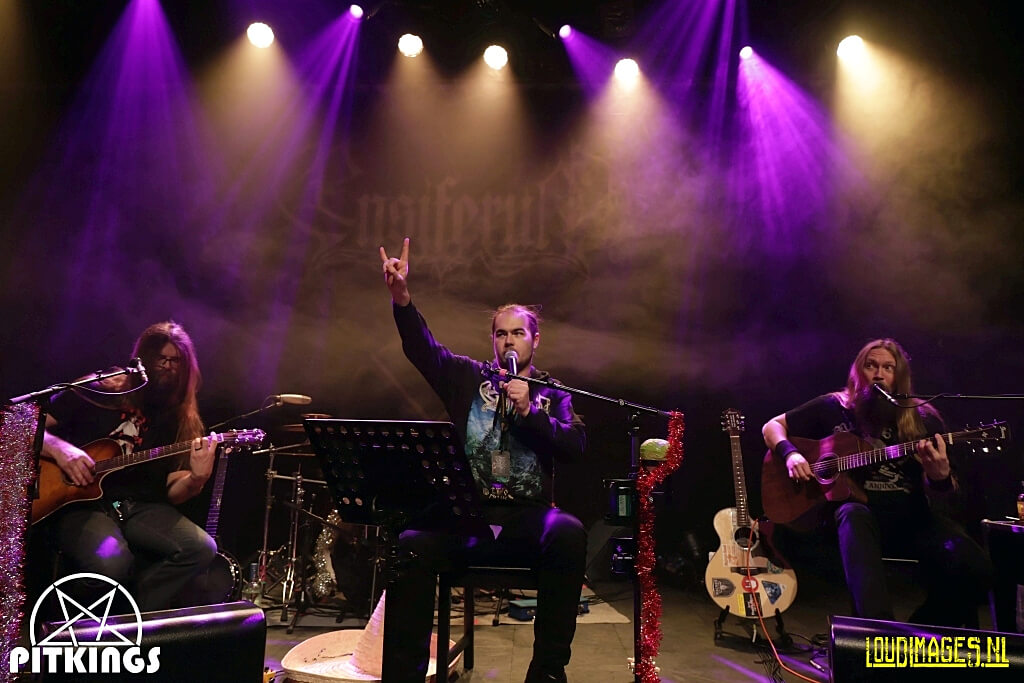 Even though it is Monday and not very busy, the band is in a good mood an jokes around a lot. Prominent in front of the stage is a metalhead with a huge inflatable sword and at one time singer Mikael grabs his ukulele by the neck and starts a duel with the guy. Near the end the three men on stage ponder if they are going to record their DVD in Apeldoorn, as it was such a great place an great crowd. 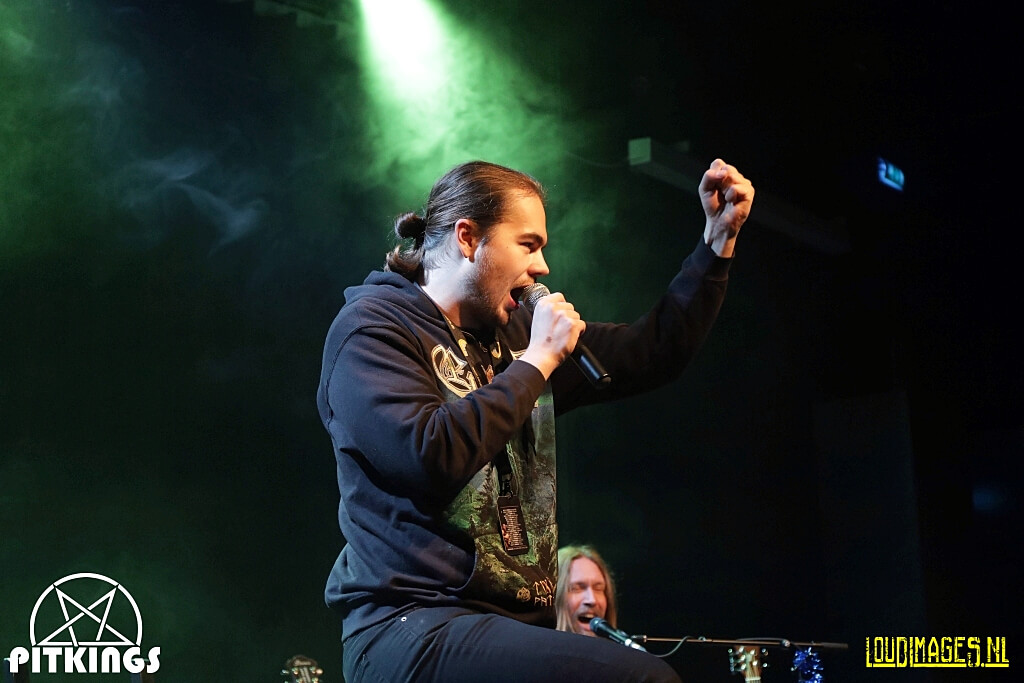 Musically it was all pretty decent as well. Between all the jokes and funny remarks, these guys show they can really play. It was possibly not the best acoustic set ever, but it sure as hell was a fun one! 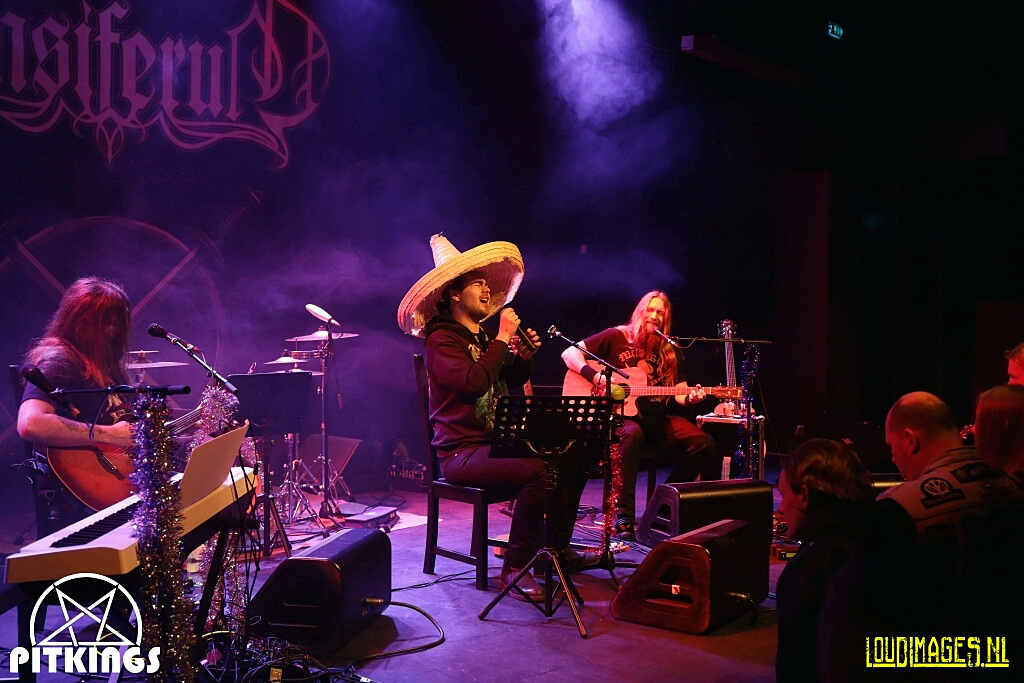 Ensiferum (FIN)
After a short change over Ensiferum takes over the stage and it is getting quite a bit busier now. Two of the three members of Trio de Facto are on stage; Sami Hinkka plays bass guitar in Ensiferum and Esa Orjatsalo is the sound engineer this tour. Only Mikael is not allowed on stage according to singer Petri. 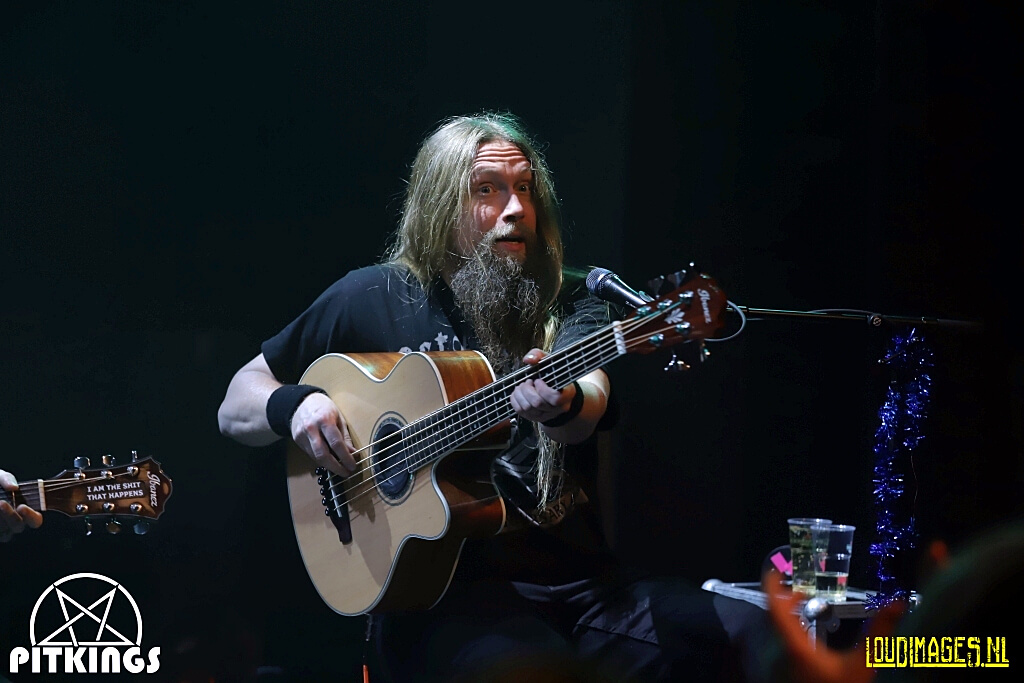 With the full band and Laura Dziadulewicz on vocals and keyboard the sound is rich and the typical folk beat is prominent present. A fun fact is, that drummer Janne Parviainen and Laura play this gig on socks, where Petri prefers house loafers with a Scottish pattern. It all fits the atmosphere in the venue. 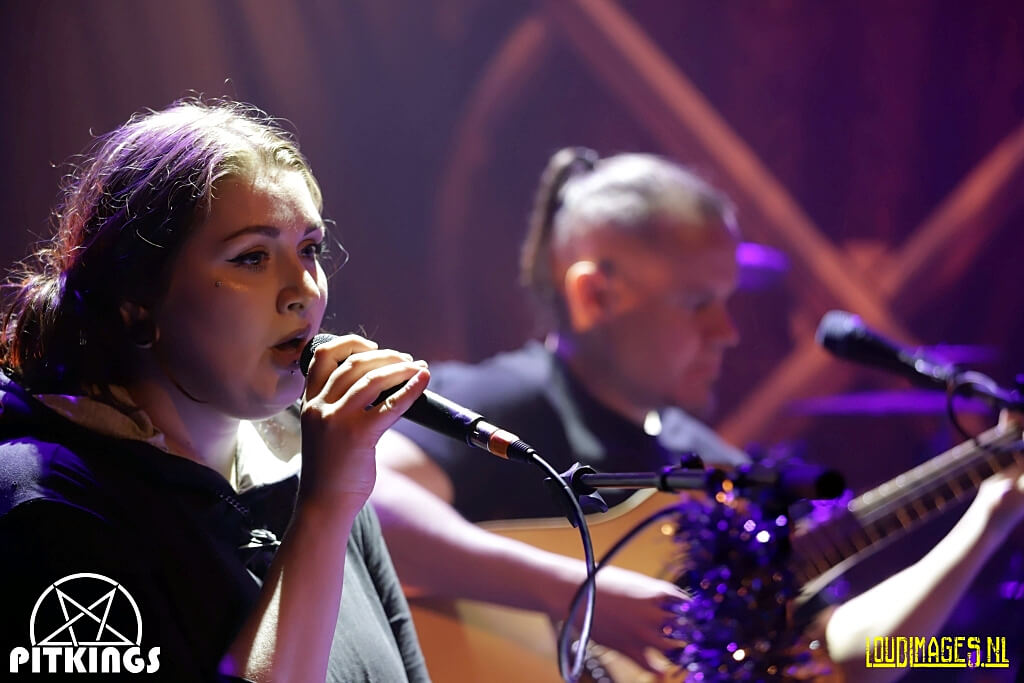 The band suffers a bit of the flu and that is sometimes a bit audible by some members, but it’s never a real issue. The set is nothing short of awesome and there is a decent amount of fans present for a Monday night.
The song Laura sing are superb! Pity her voice cracked in the beginning, possibly due to the flue, but besides that it was beautiful!
On numerous occasions Petri asks for an acoustic mosh pit and he gets it every time. There are mostly only 2 people in the pit, but nevertheless it is a pit! A Monday evening acoustic one even! 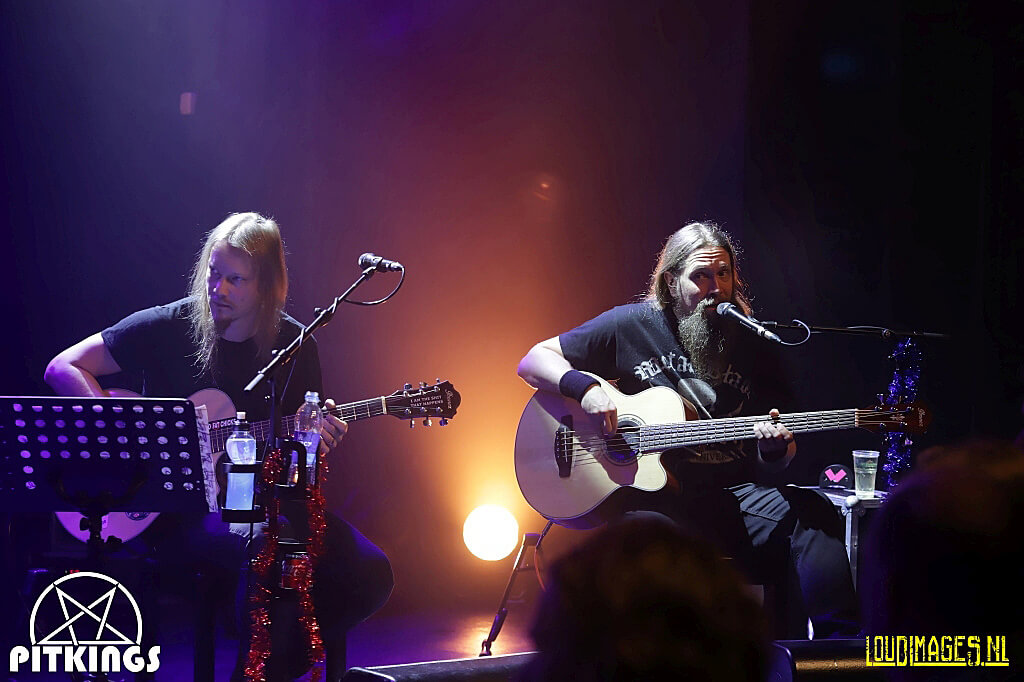 After the second to last song, Petri tells they want to end their Apeldoorn set in the most epic way possible, on which a guy in the crowd yells: Suicide! The whole band and the audience cracks up laughing and after some debating on stage they decide to go for the second to most epic ending; Freedom of David “the Hoff” Hasselhoff in an Ensiferum-folk-metal version. The crowd sings along energetically and nearly everybody is dancing and jumping. For a Monday night, the epic-ness was sufficient! 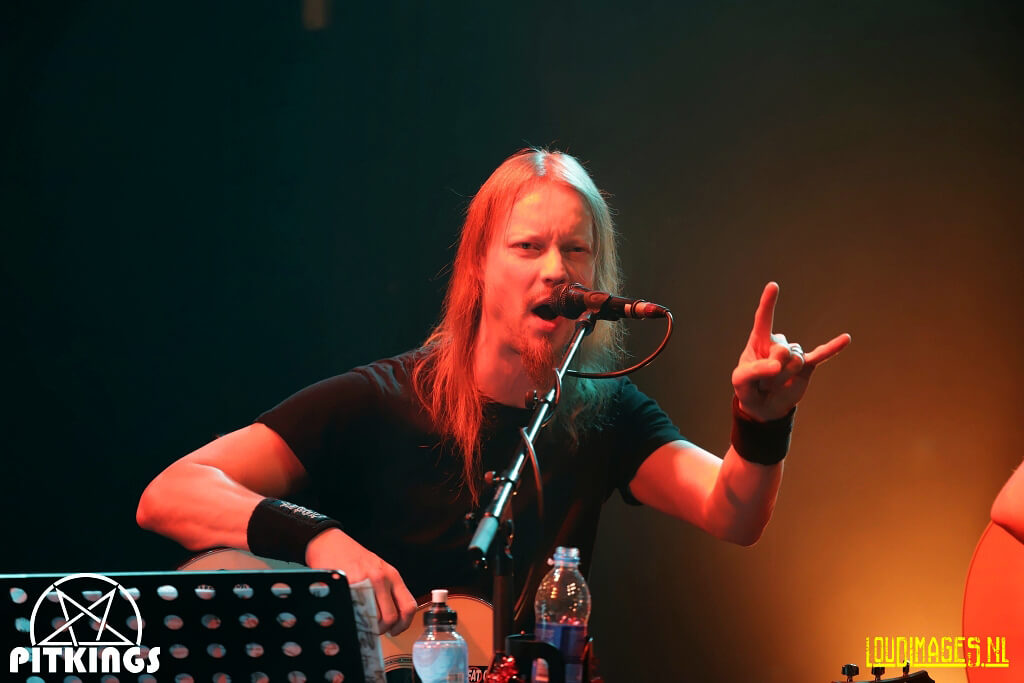 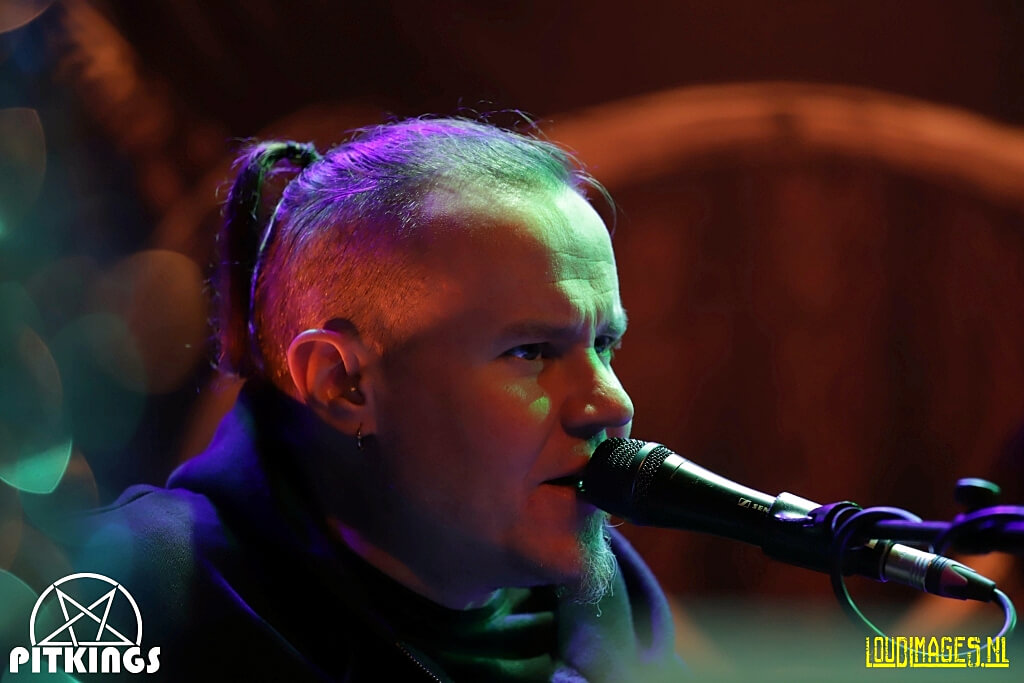 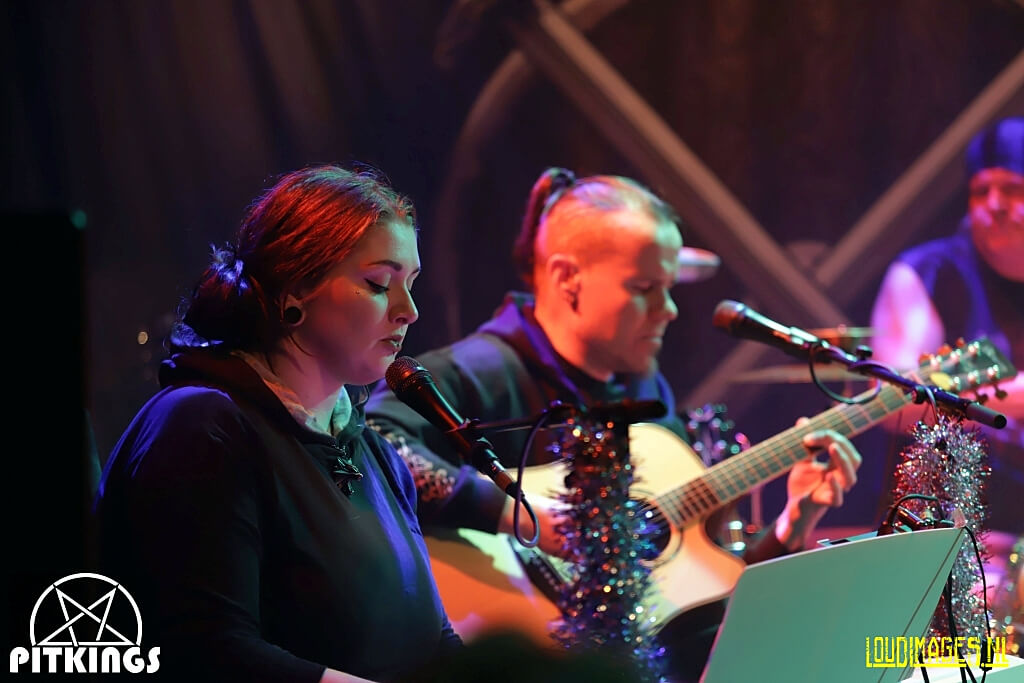 Conclusion
What a great evening this was! It was fun, funny, impressive, beautiful and at times even intimate. The limited amount of people was pity on one side, but on the other hand it contributed to the intimate atmosphere. Trio de Facto is great fun, but they surely know how to play. To hear some very well know songs in an acoustic version was a great pleasure.

And then Ensiferum. well we know they can play, but in this setting it becomes even more impressive. The joy on stage, even with the flu going around, is contagious. And I am not talking about the flu! I enjoyed the hell out of this gig. The best way to start the week!

For I am King – Gigant, Apeldoorn (concert review)