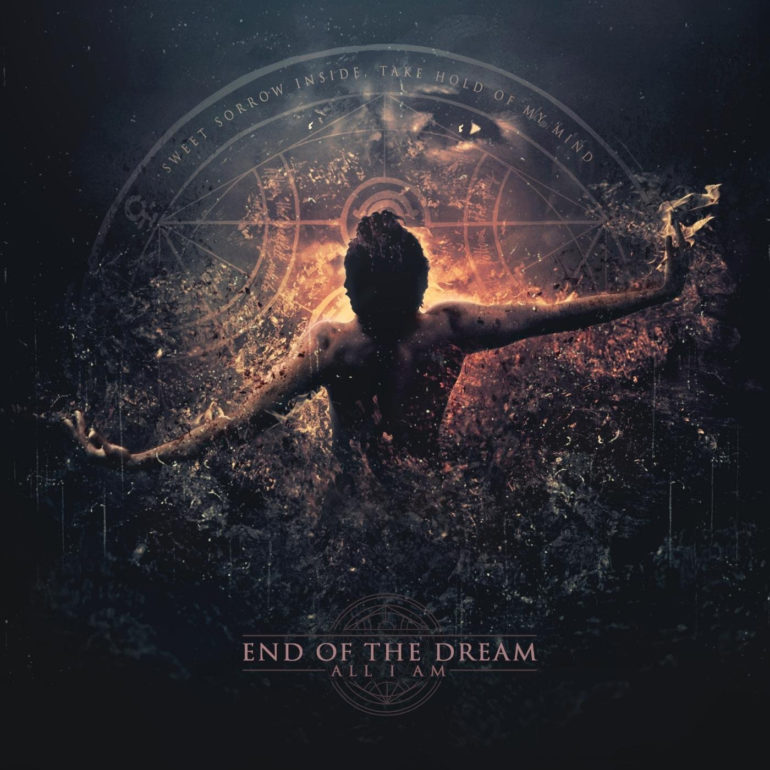 End Of The Dream
End of the Dream is a female-fronted metal band that was formed in 2010 in ‘s-Hertogenbosch, the Netherlands by guitar/keyboard player Armen Shamelian, guitarist Robin van Ekeren and vocalist Micky Huijsmans. They spent their first several years writing and recording songs while establishing their own unique sound. During the process, drummer Pieter decided to leave the band and in December 2014 they announced that Pim Geraets would be the new addition to the band.

All I Am: a debut masterpiece
Again a female fronted metal album? Pfff…. But this time I am amazed! When I here the first tunes of the album, the very high recording quality is getting my attention. A mix of Evanescence, Within Temptation and strong influences of Dream Theater meets Helloween (!). From the first song ‘Follow The Angels’ to the second last song ‘Dark Reflection’, my attention during listening is very high. And I’m not even a female fronted metal fan! Only the last song ‘Gone’ could be skipped, because this slow song is not adding any extra value to this album.

The sound is low tuned and sounds really heavy, but also very melodic. They found a good balance between those two. When the vocals from Micky Huijsmans is starting, I am also suprised. It isn’t predictable like a lot of other gothic metal bands we hear, but a bit more a regular female vocal sound. Another notable thing are the solo’s on this album. They are catchy, strong and grabbing you in every moment of the song.

The tracks are quite long, but do not get bored at all. This because of the high variation of the songs and the different tempo’s in every song. There is happening a lot during a song. Fast, slow, heavy, melodic, great solo’s. Also the ballads are no ballads like you should expect. The song Away is a ballad, but packed with heavyness and great solos, which makes it pretty to listen to for a longer time.

For me Shadow’s Embrace is the best song on this album. It summarizes the whole album in one song and becomes a kind of small masterpiece. Just perfect. We can give the conclusion that End Of The Dream made a killer debut album. A great sound, great songs and also very nice artwork.