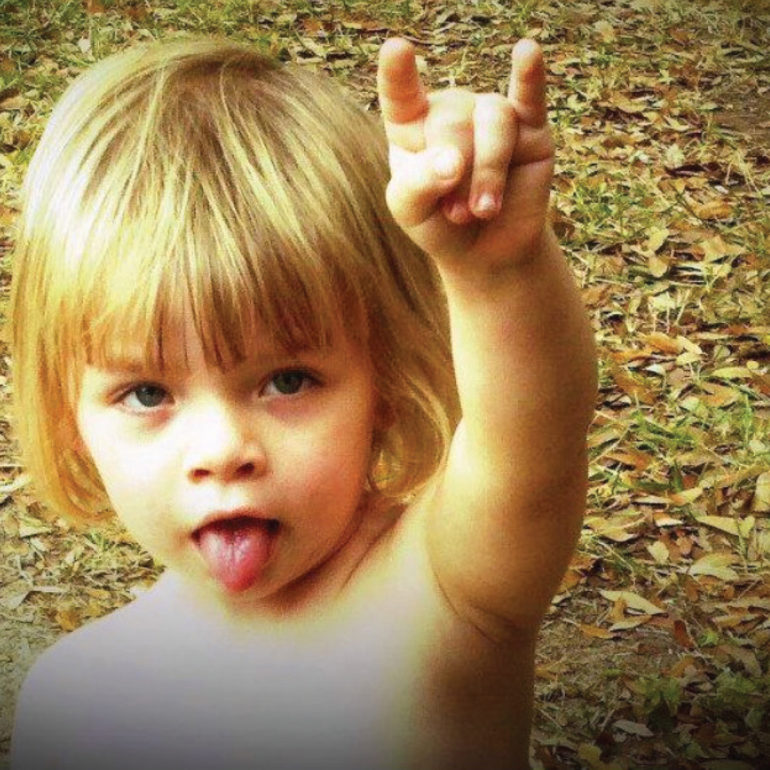 The Dutch punk/hardcore band Doodskop is from Hoofddorp and shared the stage with bands like Peter Pan Speedrock and Comeback Kid. On the 29th of August 2014 they released their debut album ‘Doodskop’. This album consists 20 songs with an average length of 1,5 minute. Tessa listened to this album and wrote a review about it.

Doodskop: definitely a unique album
The album starts with ‘Waar Je Bij Staat’. The song lasts only 55 seconds, but is just as powerfull as a full-length song of almost four minutes. In this song they seem to clarify their own sound: hard with unique lyrics. The unique thing of the lyrics is that they sing in Dutch. The melodies of the garage rock sound give extra strength to the songs. The lyrics are sometimes very coarse, which especially becomes clear in the song ‘Eerste Hulp’. This is the 3th song of the cd. The music here is a little softer, but the words louder. The song takes a minute longer then ‘Waar Je Bij Staat’, which seem necessary for the lyrics.

The 9th song, ‘Martelaar Van Niks’, has also the coarse lyrics. Which is also striking is that most of the songs contains the same subject. The hatred of several events in society is clearly shown. Populations that are more common in the news, other events in the news: nothing is left unsaid on this album. This will be sustained throughout the album. Similarly in ‘Bananenmonarchie’, the 14th song. But the melody is somewhat the same as with the other numbers. Too bad, because the band can definitely do much better. ‘Eerst Schieten, Dan Praten’ is the 17th song of the album. The song is one of the shortest of the album. The text is sung with conviction and is strengthened by the guitars and drums. With ‘Dood Volk’ we arrive at the final song of the album. A hard sound comes through the speakers and various riffs alternate. In this song the band really prove they can do it.

Conclusion
It’s definitely a unique album. The band distinguished by their Dutch lyrics. For those who can not stand coarse lyrics, this album is not recommended. One disadvantage: Till the very last song they show too little variation. The band can do definitely more and they show us with the last song. On to the next album, with just amazing songs!