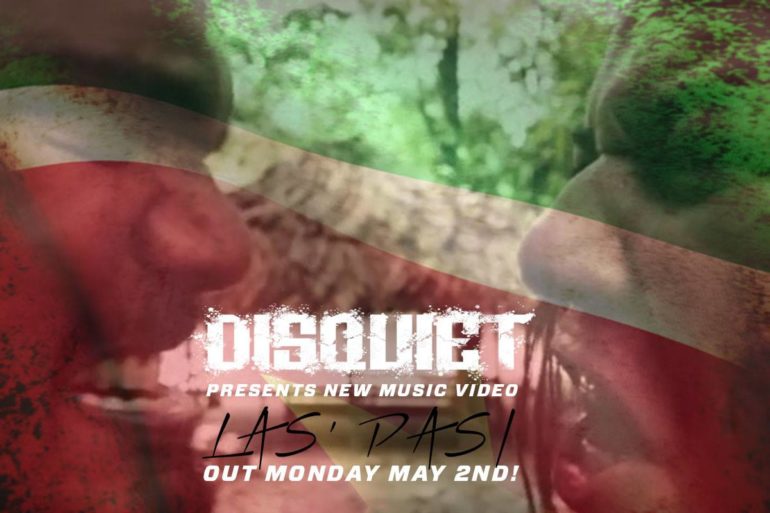 This is the brand new official video from the Dutch death/thrash metal band Disquiet for the song ‘Las’ Pasi’. The song is taken from their latest album ‘The Condemnation’ (review over here), which was released in January 2016. In the video you see Disquiet in the original line-up performing Las Pasi: a collaborational piece focusing on the Surinamese roots of the band.

About Disquiet: “Koen Romeijn joined the band in 2012 and Disquiet thrashed many stages that year. Among these was ‘Wacken Open Air’ and international shows in Luxembourg, Belgium and Germany, sharing the stage with Arch Enemy and Annihilator. In 2015 Koen was replaced by Frank van Boven and the band started recording their new album ‘The Condemnation’. Started with a UK tour in February, Disquiet is ready to raise hell in 2016!”