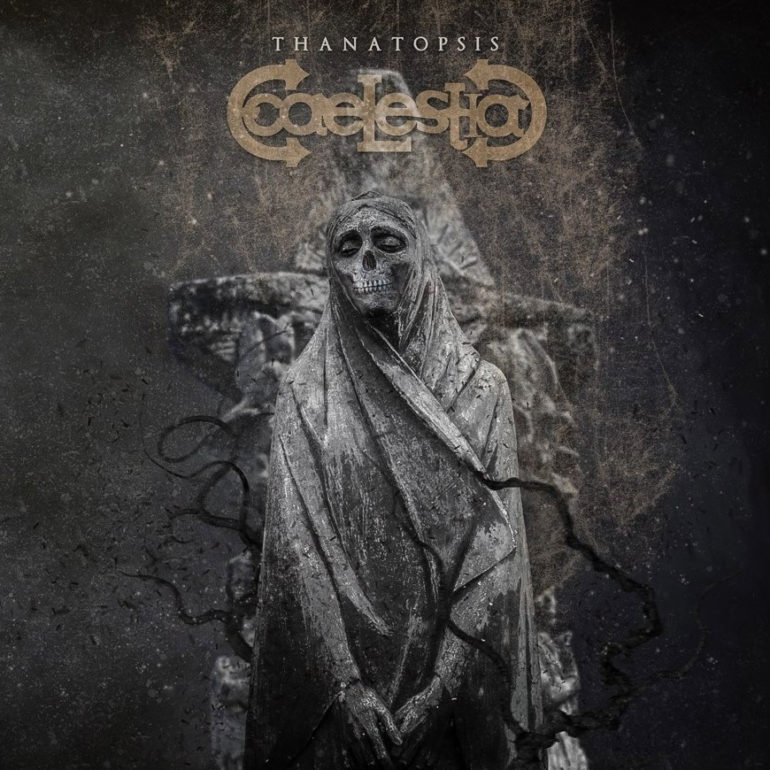 The Greek symphonic extreme metal band Caelestia released their second album called ‘Thanatopsis’. “The name “Thanatopsis” was conceived by our singer Dimi. It combines the words “Thanatos” (“death” in Greek) and “Opsis” (“face” in Greek), thus literally meaning “The Face Of Death”.” Dimi is responsible for writing the album lyrics and the titles of the tracks.

“Our composition process involved the exchange of ideas between Nikos and Vassilis. Apart from electric instruments, there were also several acoustic instruments used in the album. The aggressiveness and clarity of the famous “Gothenburg Sound” is of course prominent in the final outcome. Another interesting fact about the album, are the guest performers: when we got in touch with Jason Bittner (Overkill, Shadows Fall), he was quite excited about adding his American-style extreme drumming to the track “Martyrs”. The outcome was something indeed unique! As a band we can say that we will always find weaknesses and flaws, and we will always focus on overcoming them, and becoming stronger.”