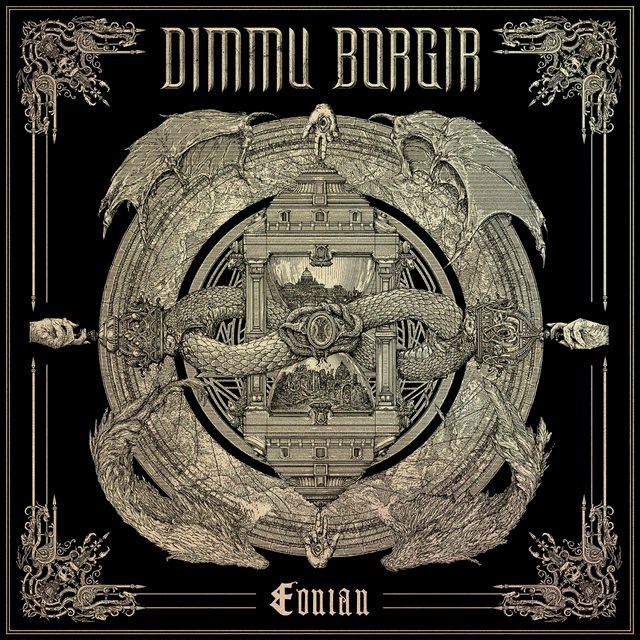 After more than 7 years of waiting for new material, Dimmu Borgir is coming to us with their 10th studio record, named Eonian (May 4th, 2018) . After the strong live registration ‘Forces of the Northern Light’ that was released last year, expectations for Eonian are high. Well, in my opinion Dimmu Borgir succeeded partly in this expectation.

Shagrath and co has unleashed 10 new tracks upon us. The symphonic elements has increased, which means that the ones hoping for more black metal elements will be disappointed in a certain way. Actually Dimmu Borgir has implemented choir elements in every track on this record. One of the stronger tracks in my opinoin is Lightbringer. When Alpha Aeon Omega takes off, my thoughts go back to records like ‘Enthrone Darkness Triumphant’.

According to Dimmu Borgir, the track like ‘Council Of Wolves And Snakes’ should
be one of their most experimental tracks ever, but to be honest I can’t hear any new experimental phase in that track. The compositions are quite OK, but not spectacular in my opinion. And in honesty I must admit that the choir elements in every track started to become anoing for me at a certain point, which costs the record 5 points from me.

All in all, Dimmu Borgir comes with a decent record, but not as special as I hoped for after more than 7 years of waiting.