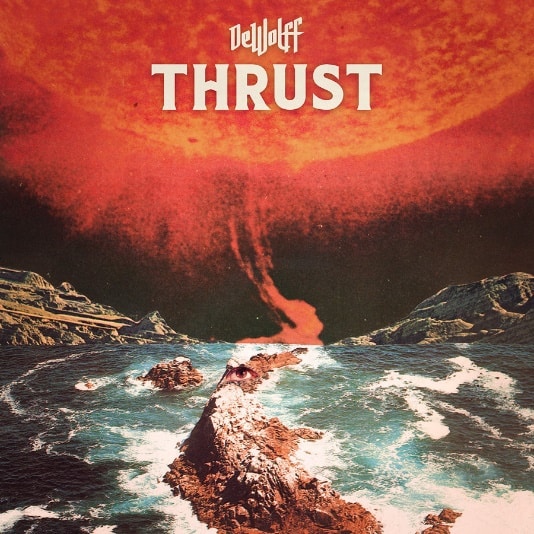 In 2017 the Dutch hardrock band DeWolff celebrated their 10th year anniversary. Not bad at all! Now one year later, they are ready to come up with their 6th studio album called ‘Thrust’ on May 4th, 2018 via Mascot Label Group. This 3-piece rock ‘n roll monster isn’t afraid to bring you some howling guitars, so they recorded some new stuff for you at their own ‘Electrosaurus Southern Sound Studio’ in Utrecht.

DeWolff plays rock that’s deeply rooted in the 70’s, but it doesn’t sound old-fashioned at all. They cleverly integrate the techniques of today in their sound. Bands that pop up in my mind are The Black Crowes, Deep Purple, Led Zeppelin and Black Keys. They use elements from these bands and blend it with their own sound, which makes the album very consistent and solid.