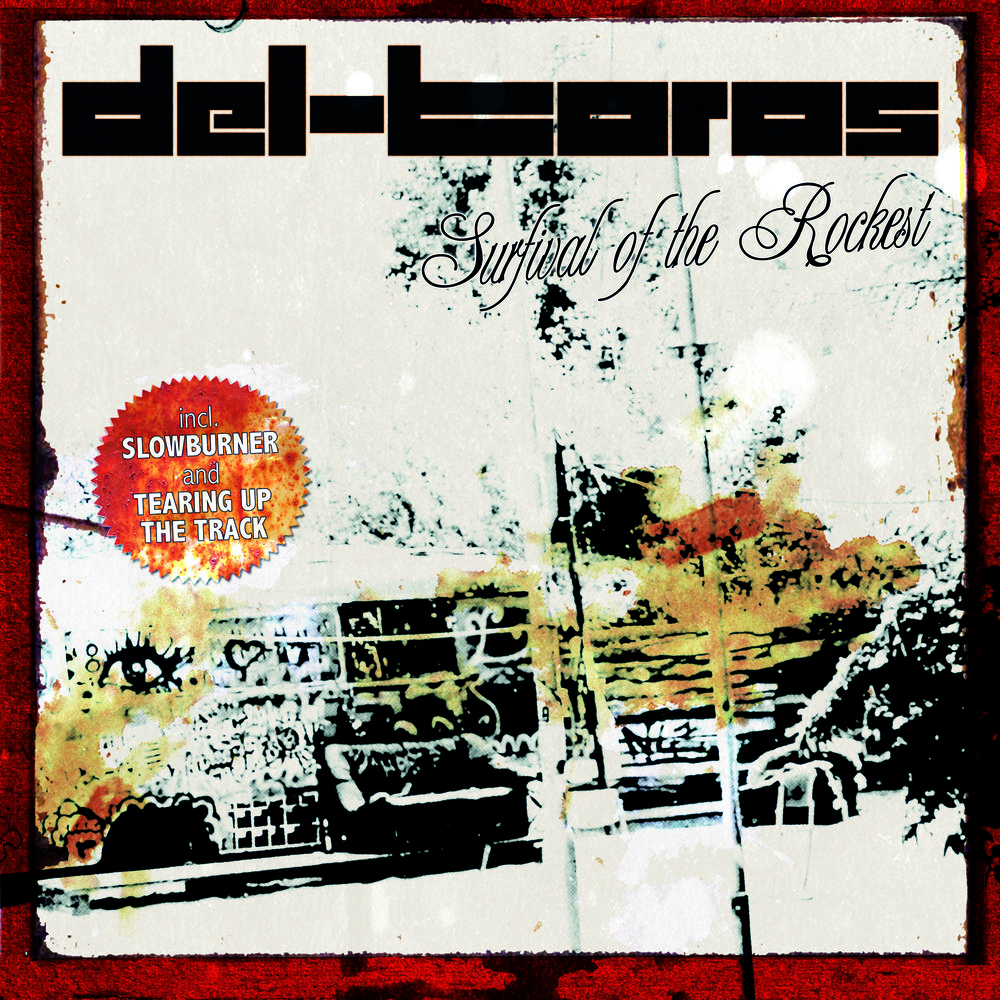 The surf rock ‘n roll band ‘del-Toros’ is from Alkmaar and will release their new album ‘Surfival Of The Rockest’ on April 30th 2015. PitKings received the album already and Anton wrote a review about it.

About del-Toros
The rock ‘n roll trio del-Toros describe themself as “It is in the four on the floor, pedal to the metal sound, throw a lustful fist in the air, it’s the head swinging style of rock ‘n roll from del-Toros. The sonic surf riffs lead them west towards the North Sea, the thunder of garage rock stoner leads them north into the polder. A fill up the tank and lets go Rock & Roll joyride.” And I think the are totally right!

Surfival Of The Rockest
It’s true what they say about themselves. When you hear the album for the first time, the first thing that comes in mind is: this is a very nice ‘car driving’ album to put the pedal to the metal. Why? Because the sound of the album is recorderd like it should sound. Pure and raw! I hear a lot of different influences. Bands like AC/DC, Turbonegro, The Ramones and even some of our own Dutch Cuby and The Blizzards. All those bands combined with the typical ‘surf’ guitar sound and solo’s like we know from Beach Boys.

There are also some things to be a little bit less positive about. The number of instrumental songs is to much and song 5 ‘Disco De Desbaste 65509’ is not adding anything extra value to this album. I would say that one instrumental song is enough on the album (I would choose for song 2: ‘323F’), because the songs with vocals are by far the best and are making from this album a winner. I have to say that the vocals are sometimes out of tune, but after a while you get used to it and it seems to be part of the songs.

Conclusion
They can skip the instrumental songs and focus more on the real uptempo songs with vocals, because that are the ones that make this album really worth listen to. I also think this is a real live band to throw a party with. I would like to check it out soon!