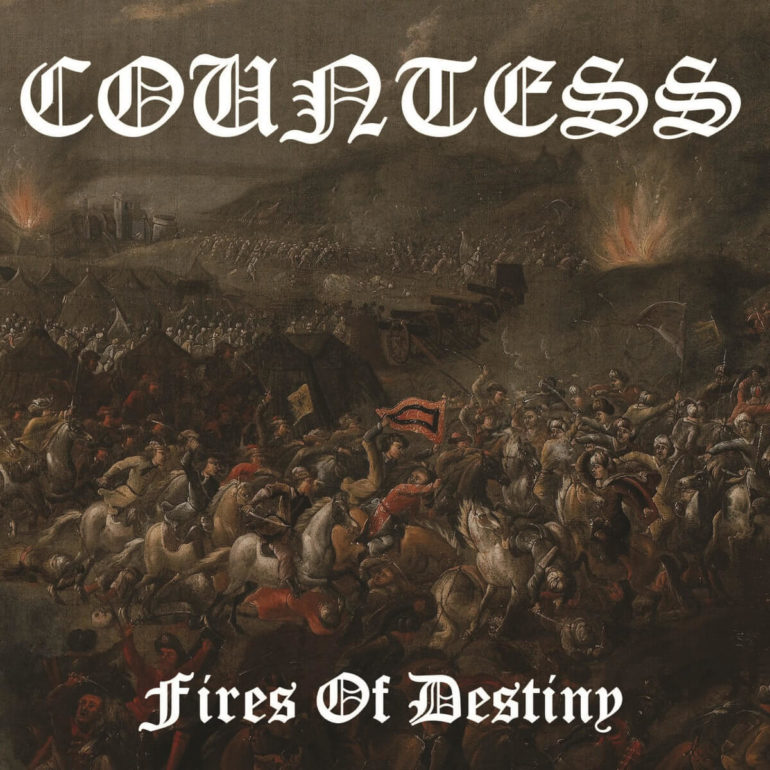 Countess belongs to the first line of Dutch black metalbands founded in 1992. This was the so called ‘First Wave’ of Dutch metal. Dutch lyrics were used, as this was not common back in the day. For those of us who enjoy the oldschool black metal genre, their new album ‘Fires of Destiny’ (July, 2016) sounds very primal, stripped down to the bare minimum.

The band has released more than a dozen full-length albums and are considered one of the most eminent Dutch black metal bands. Yet now the band has recently switched to the era of digital media. After years of being a solo formation, the band has been put back together as of 2014. With the album ‘Fires of Destiny’ the listener seems to be taken back in time. This 15th album doesn’t seem to bring any new influences to the plate, yet it rather stays true to the orthodox style of the early nineties.

The album consist of ten tracks that seem to be recorded in Lucifer’s basement, which add to the authentic sound. The staccato vocals of the lead singer Orlok are prominently dominating the mid-tempo tracks. Not much is left to the imagination. No muss, no fuss. The band doesn’t shift gear much and seems to remain stuck in second gear unfortunately. It takes away from the overall strength of the album. Also, the Casio that has been pulled of the shelf makes you wonder if this album has been produced in the preceding era of underground metal. It begs the question if this was a deliberate choice. The production quality in my opinion could have been better.

Having said that, there is some pretty strong guitar playing going on. Here we have a band that respects the origin and roots of the genre. Experimenting with new influences was obviously not the goal of this album. It’s a raw exposition of strong guitar play combined with gnarly vocals and ranting lyrics. Some of them sung in Dutch, but predominantly executed in English. This band highly respects the core of underground metal. One could say, Countess stays true to the core of what black metal is all about. Overall: an album for a listener with a specific taste.