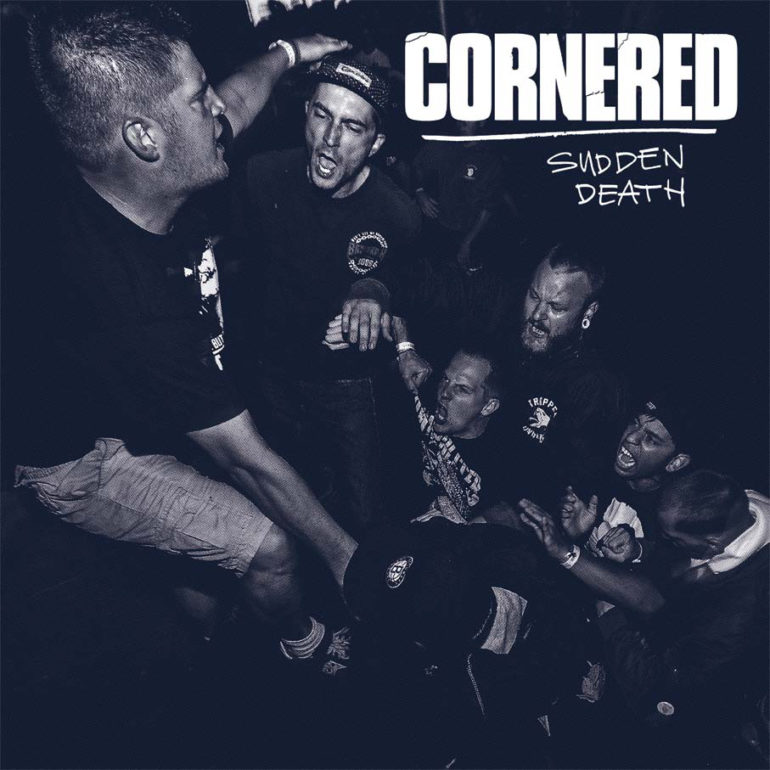 Who doesn’t want a nice, thrashed-up “Piece of the Pie” served in an angry tin pan? It’s an obvious headnodder. When you’re messing with punks like Cornered you know you’re in for a slice of homebaked punk-metal deliciousness. From the hot-and-cold lines of “Save Me” to the careening insanity of “Burning Inside”, these lads know how to bring the hammer down with a vengeance. A fifth release from the rumble-and-rage outfit, the inspiration for “Sudden Death” comes directly from Cornered’s survival guide for adolescent fuck-ups.

But it’s not all about taking the bit in your teeth and angrily jerking off on the concrete jungle, it’s about knowing when to hang back, just a little. And, when to hit the clinic. Case in point, Cornered takes a measured but bellicose approach to the vortex of emotions on “My Own Enemy” and “Empty Inside” and “All I Ask”. Elsewhere, angst and fury struggle for dominance on the sing-along-worthy grinder “Alone.”

Morose musings such as, “Left for Dead” could have hardcore-Dutch punks Cornered pegged as being doom-and-gloom kings of misery. Yet, somehow they muster the energy to fight on another day with “Serve the Beast.” Although, it’s unclear whether this creature be a blue-suited banker or behorned Beelzebub. Either way, the band remains steadfast in their conviction, despite the heaving deck of tumultuous sound underfoot. Cowards need not apply as the well-rounded Cornered continue to navigate the quagmire of modern manhood and negate artifice on “Deceiver.” Throwing down derision and psychic dog turds on “Your Ignorance”, vocalist Niels, guitarist Rudie, bassist Jonne, drummer Daanslide and guitarist Joël challenge their fans to check their BS at the door and join the party in earnest.

Finally, climbing to the top of the DIY meets DOA heap, Cornered thrust defeat behind them and show what six years of hard work on stage have brought. Darkness and self-destruction loom large on the horizon, but these blood brothers are forearmed with an underlying resolve to link arms and drink all of their troubles into an early grave.