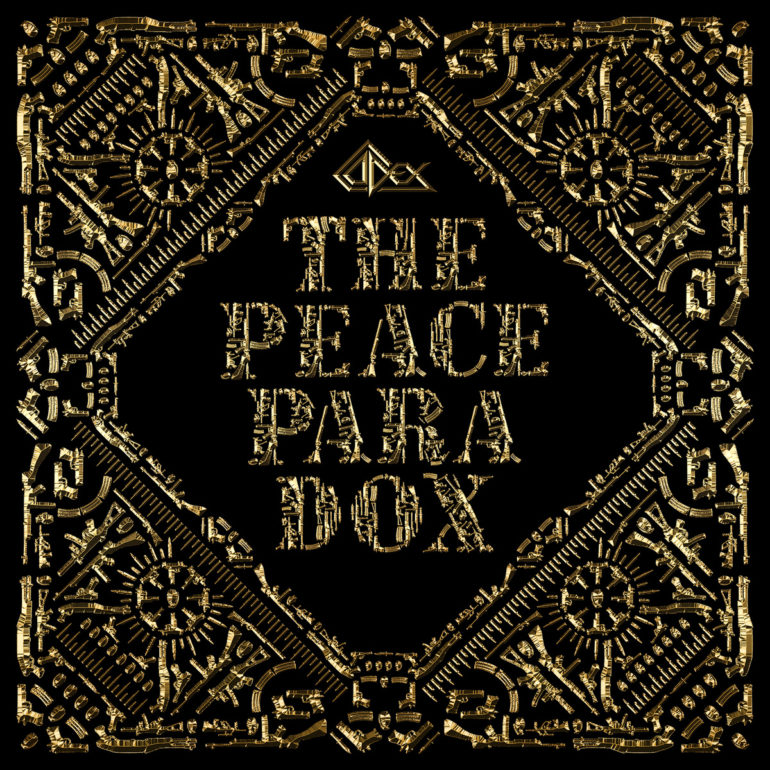 The progressive/heavy metal band Codex has gained a lot of experience since emerging from the basements of Wageningen back in 2010. Growing in compliment and confidence over the years, guitarist Ingmar Otter and bassist Arjen de Boer eventually welcomed percussionist Niek ten Cate (Skeletor) to the hoard in 2011, with vocalist Rhodan ten Kleij following in 2012. Since then Codex has solidified their brash Dutch-metal style and recorded an album in 2014 that was destined to remain unpublished until 2015. Their long-awaited, and ultimately self-released debut, The Peace Paradox, finds the band wrestling with the weight of mankind’s greatest evil: war.

Taking a page from the musical Necronomicon of “Bastards of the Universe” Skeletor and prog-tech death metalers Warchitect, the opening cut “Heat of War” sets a frenetic pace. Indeed, speed seems to be of the essence. It’s only fitting that singer Rhodan employs the same high-pitched vocals that Geddy Lee found so useful when seeking to slice through a dense subterfuge of strings and cymbal clashes. As changeable as the sea, the tune soon drops off into an introspective moment. This is as close as skater-metal can come to drowning in its own reflection.

Bid sanity “Adieu” and strap yourself in for a quicksilver trip to the boundaries of civilization. “The Peace Paradox” hunkers down amidst the fog of war and rather overwrought political fervor. Beleaguered syllables basically rob the album’s title-track of its enjoyability. Likewise “Hollow Meat” gets the motor running with a rapid-fire, Suicidal Tendancies-esque vocals, but these lyrics are simply too ridiculous to be repeated (over and over again). Still, a gritty sense of humour and beyond competent, Yngwie Malmsteen-school, guitarmanship remain Codex’s greatest asset.

The harder-working “Legacy”, with its monkish droning and slow wind-up, is a real buzzsaw epitaph. Meanwhile, the suspenseful “Alienated” arrives in a frightening onslaught fit to rival Jodorowsky’s Dune. Displaying all of the classic metal tropes from falsetto wails to spiraling solos, and from epic bubbling riff to rich harmonious guitar overlays, Codex prove there’s little they can’t do within the realm of metal. Reason enough to accept their invitation to “some awesome event” with “lots of laughs and the cheapest of beers.”