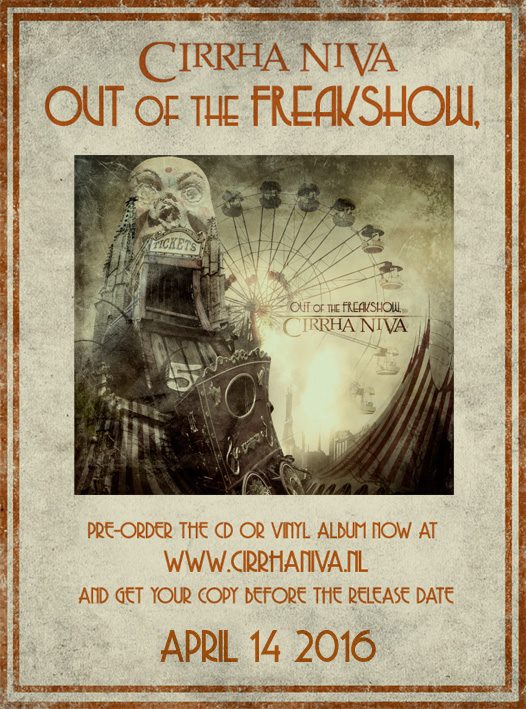 The Dutch progressive metal band Cirrha Niva released an official lyric video for the song ‘I Guess’. The song is taken from their upcoming album ‘Out Of The Freakshow’. The album will be released on April 14, 2016 and is online available, but also as a digipak CD or double 180g vinyl.