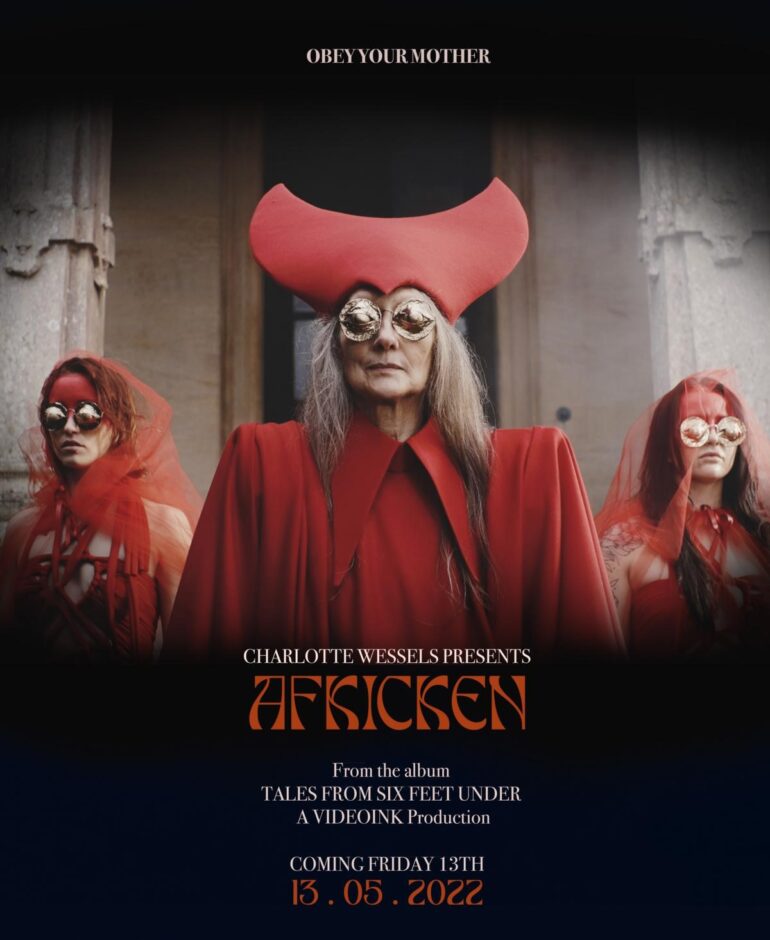 Tales From Six Feet Under, the first solo endeavor of former Delain singer and songwriter CHARLOTTE WESSELS, was released via Napalm Records in fall 2021, and debuts a song in her native language, Dutch rocker “Afkicken”. Today, Wessels’ has released a breathtaking new full production music video for the song, which marks the last video for Tales From Six Feet Under at the same time.

“Afkicken”, the compilation’s second track, enchants with electronic industrial vibes and a flattering vocal performance while conjuring a hauntingly dark atmosphere wrapping around from the very first tone. It’s another inimitable proof of Wessels’ multifaceted nature and wide artistic range, heating the anticipation even more for everything that is to come in the future!

CHARLOTTE WESSELS on the song and video:
“From the moment I finished the track “Afkicken” – my very first song in Dutch, I desperately wanted to tell the story of the song’s protagonist in a way that transcends language. I’m thrilled about this absolute fever dream of a video full of cults, monsters and murder I’ve put together with the amazing cast and VideoInk crew. This video isn’t only an ode to some of my favorite films; on a personal level, it presented some brand new experiences and challenges, from wild choreographies to some serious shape-shifting. I’m really excited to bring this one into the world!”