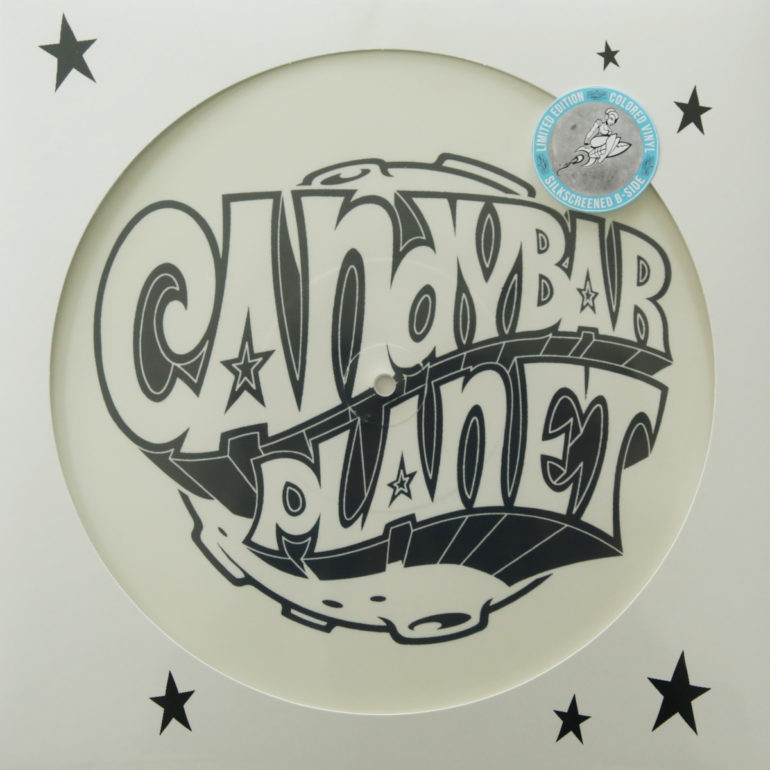 Together with Peter Pan Speedrock, Candybar Planet can be considered as the founders of the Eindhoven RockCity community. The stoner/hardrock band was from 1994 till 2002 leading in the Dutch, and even European, stonerrock scene. In 2002 it was time to quit, but in 2013 they came back and released a new album called ‘Timelapse’. Now in October 2015, they re-released their 5-track EP ‘Candybar Planet’ (2000) including two bonus tracks. This release of ‘Candybar Planet’ is on 12″ vinyl and the first pressing is limited to 300 copies, spread over three different colors of vinyl.

Now I could write a review like all the others: extended with detailed descriptions. But believe me, that would be just a waste of time. Because this is just awesome! At least, if you like honest, heavy stoner rock with raw and low tuned guitars and vocals. Especially the two bonus-tracks are really adding some extras to this EP. If you ask me, the song ‘On And On’ could become a Top-50 hit. Really! This EP contains only catchy songs and is just a must have for heavy rock and stoner fans. It’s nice to have this band back in the scene and back on stage, because they still know what they are doing!