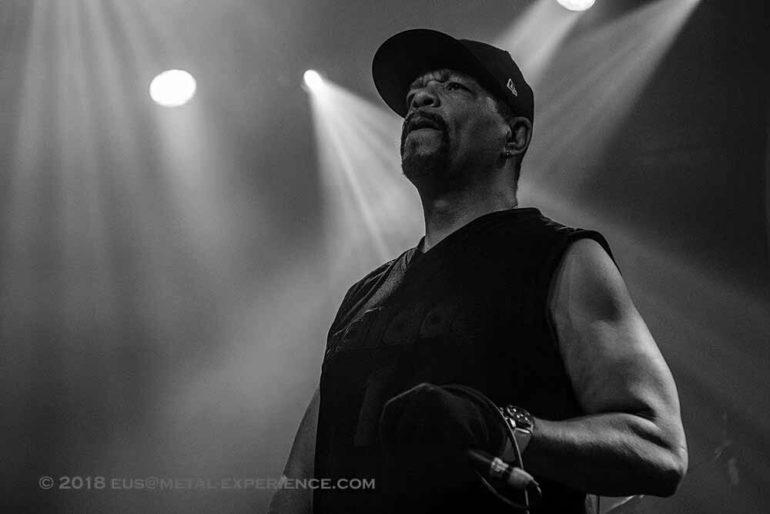 June 4, 2018 | Melkweg, Amsterdam – It’s already three years ago that the mighty Ice-T and his Body Count visited the Melkweg in Amsterdam (pics over here). Back then I suddenly realized that this instute of rap and metal brought us a great new type of music and they’re still a relevant and inspiring band nowadays. Tonight is a sold out show and the question is, can they kill it again? Pictures: Eus Straver

When the support act PowerStroke finish their last song, the people hurry to the front of the stage searching for the best spot to witness what Body Count is bringing us today. After the change over, the lights go down and the band walks on stage. The first words of Ice-T are “Move your fucking ass” and the band kicks off with Slayer’s Raining Blood and Postmortem. A good move from Ice-T & Co because right from the start the pit is created and the crowd is moshing like hell. What follows is a blend of classic songs like ‘KKK Bitch’ and ‘Copkiller’ and also songs from their last two albums like ‘Manslaughter’. The audience is singing every song loud and proud, which means we have to deal with real fans of an iconic band. 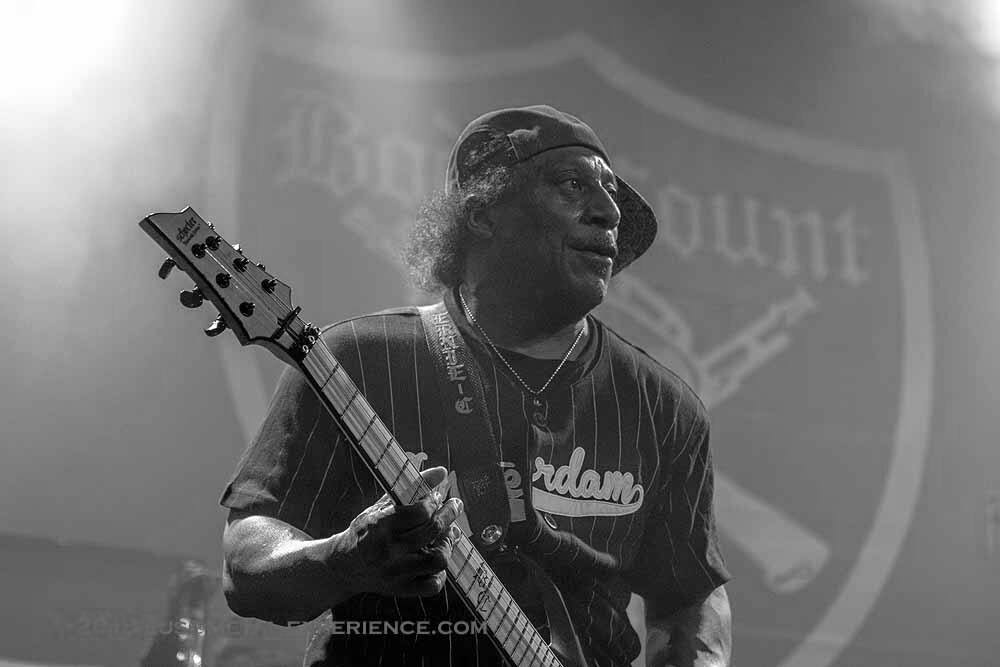 Ice-T is on speaking terms tonight, especially about anti-racism and the fact he likes Amsterdam most of all European cities. And when you think all things have past, he asks his wife Coco on stage with their two year old daughter sleeping on her arms. Now I’m sure that rock ‘n roll still is alive! 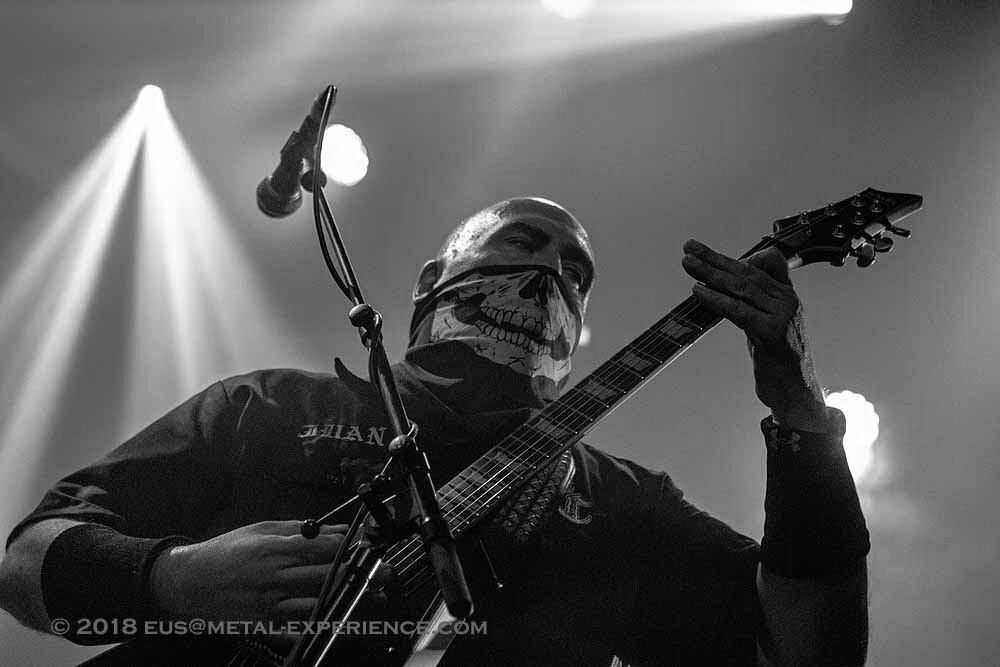 Back to the music. Ice-T is surrounded by his soulmate and guitar player Ernie C, his own son on backing vocals and a decent backline of guitar, drums and bass. The sound is good, but not outstanding. It’s quite messy and punky, which fits with their music, especially their older stuff. Ice-T still nows his lines, but acts more relaxed and easy in comparison with 3 years ago. He was more energetic back then, which I totally understand as he turned 60 a few months ago. 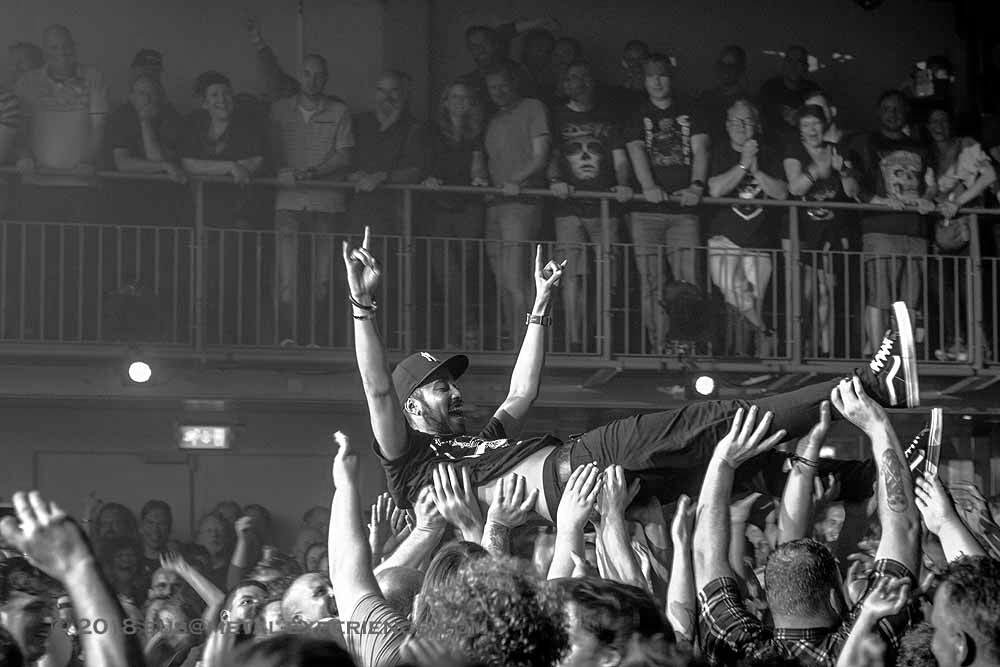 After the ‘virtual encore’ the show continues with the Suicidal Tendencies cover ‘Institutionalized’ and ends after 1,5 hour with the slow and melodic song ‘This Is Why We Ride’. The band gave the audience a solid performance, with the frustration and aggression we all know from ‘Ice Motherfucking T Bitch’! The energy and enthusiasm is slipping away slowly as I compare this show with three years ago, but we still shouldn’t complain. A great entertainer with a message and damn good and unique metal music. 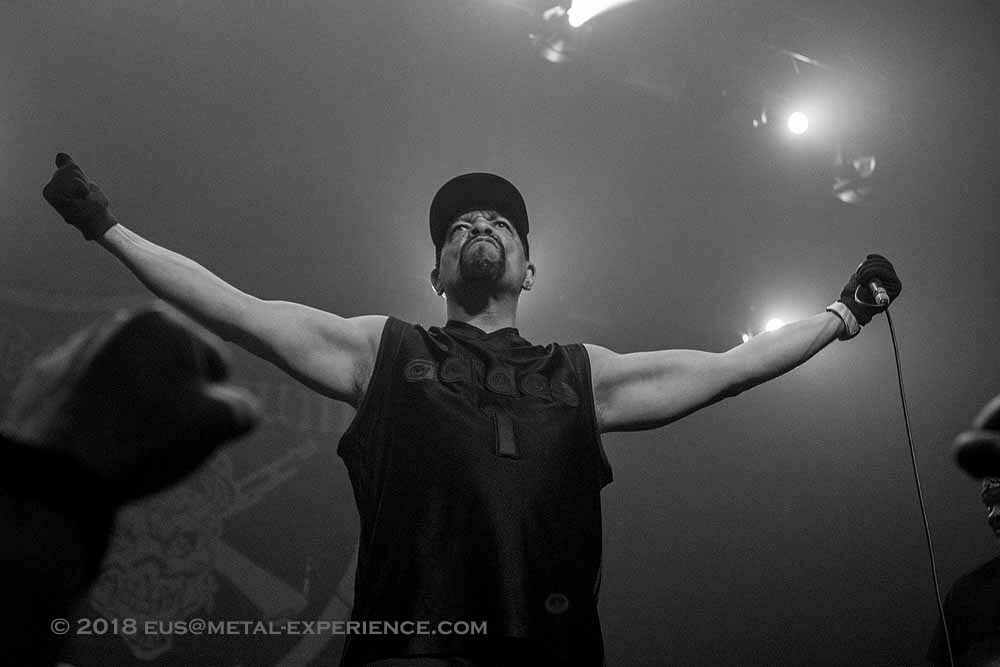