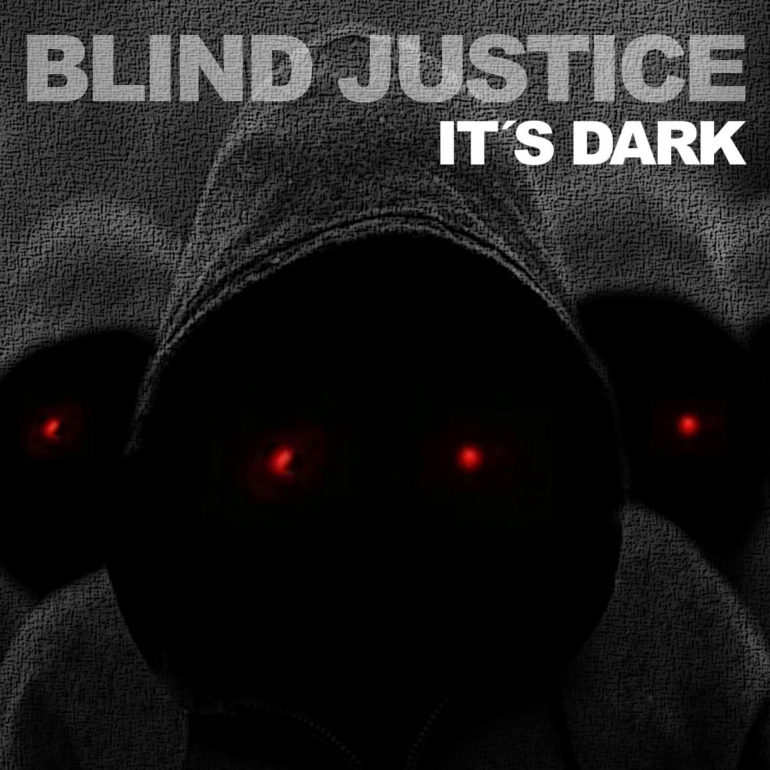 The Dutch metal band Blind Justice is one of those bands that seem to pop up out of nowhere. Don´t be mistaken, because this band has been around for roughly twenty five years, rocking steady sets of hardcore- and thrash metal. Blind Justice released and produced several EP’s and the albums ‘Lost In All’, ‘Hurt’ and ‘Sax and Violins’ and gained a lot of popularity during their collaboration with Osdorp Posse in the nineties. While the formation changed through the years, this three-headed band is still going strong and they released their new EP ‘It’s Dark’ on July 27th this year.

The band’s sound can be described as a cross-over between thrash, funk, metal and powercore. The chaos hits with this combination of styles and influences that are fueled with metal. Melody, arrangements and lyrics are well chosen and thought through. The tracks on this album are layered and built up as the tracks unfold. The unorthodox combination of styles and instruments are the make up for a pleasant chaos. One that subtly reminds us of bands such as System of a Down, especially in F.U.B.A.R. with peeks of orchestrated hysteria.

The tracks linger as and are well executed. High pitches, screeches, and staccato parts add to the mostly fastpaced tracks. The arrangements are steady, yet the band experiments with several melodies and overlays that enhance their core sound. Overall a steady rocksound, with unorthodox elements that shift constantly. Experimental, yet recognizable and accessible for all fans of the genre.