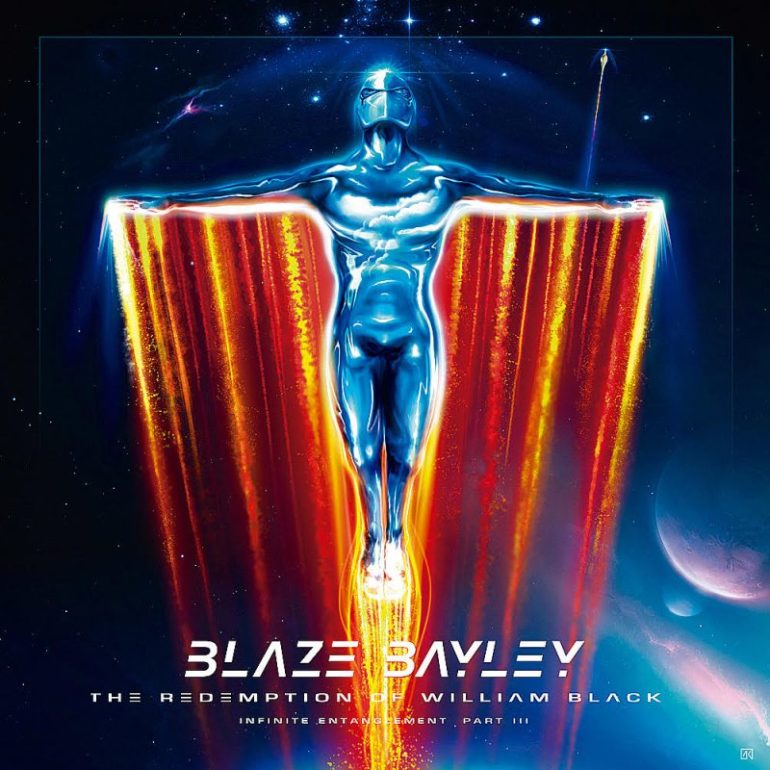 Dear readers of PitKings, I salute you. Back again with a new review. This time I was enrolled to review the album of Blaze Bayley called ‘The Redemption of William Black (Infinite Entanglement Part III)’, which was released on March 2nd, 2018. There are some controversial feelings now that I am writing this words to you, because Blaze is the main reason that I started listening to metal. It was his voice on the live version of ‘Afraid To Shoot Strangers’ and ‘Virus’ on Best of The Beast that hooked me to Iron Maiden and eventually metal music. I am a fan of his work. I love his era with Iron Maiden, with Wolfsbane and his first solo works.

The album is co-written with the assistance of guitar player and singer Chris Appleton from the British band Absolva. In the album there are a few other guest appearances like Fozzy-frontman and WWE Superstar Chris Jericho and Chris Appleton’s brother Luce Appleton, who’s the bass player for Iced Earth. The album also features some talented musicians like Liz Owen, who duets with Blaze on the song ’18 Days’ and also wrote ‘Already Won’, Jo Robinson and Mel Adams (backing vocals/choir), plus voice actors Aine Brewer, Rob Toogood, Michelle Sciarrotta and Harry Webster Appleton II. Quite an impressive list of musicians if you ask me.

Bayley’s voice seems tired and if you listen carefully you sense the effort to achieve his best and that’s what makes great performers. Although the record doesn’t sound much solid and doesn’t reach Blaze’s best moments of the past like his albums ‘Silicon Messiah’, ‘ Tenth Dimention’ or ‘Blood and Belief’, I have to mention that the songs ‘Life Goes On’, ‘The Dark Side Of Black’ and ‘Eagle Spirit’ manage to capture the listeners attention with some great melodies and guitar work. Especially the first one is the strongest song of this collection and I’m sure it could be a nice live track.

For me it was very hard listening to this album. The Redemption of William Black (Infinite Entanglement Part III) is a not particularly inspired record, it lucks a lot of feeling and passion and it seems that it was written just to conclude the trilogy ‘Infinite Entanglement’.