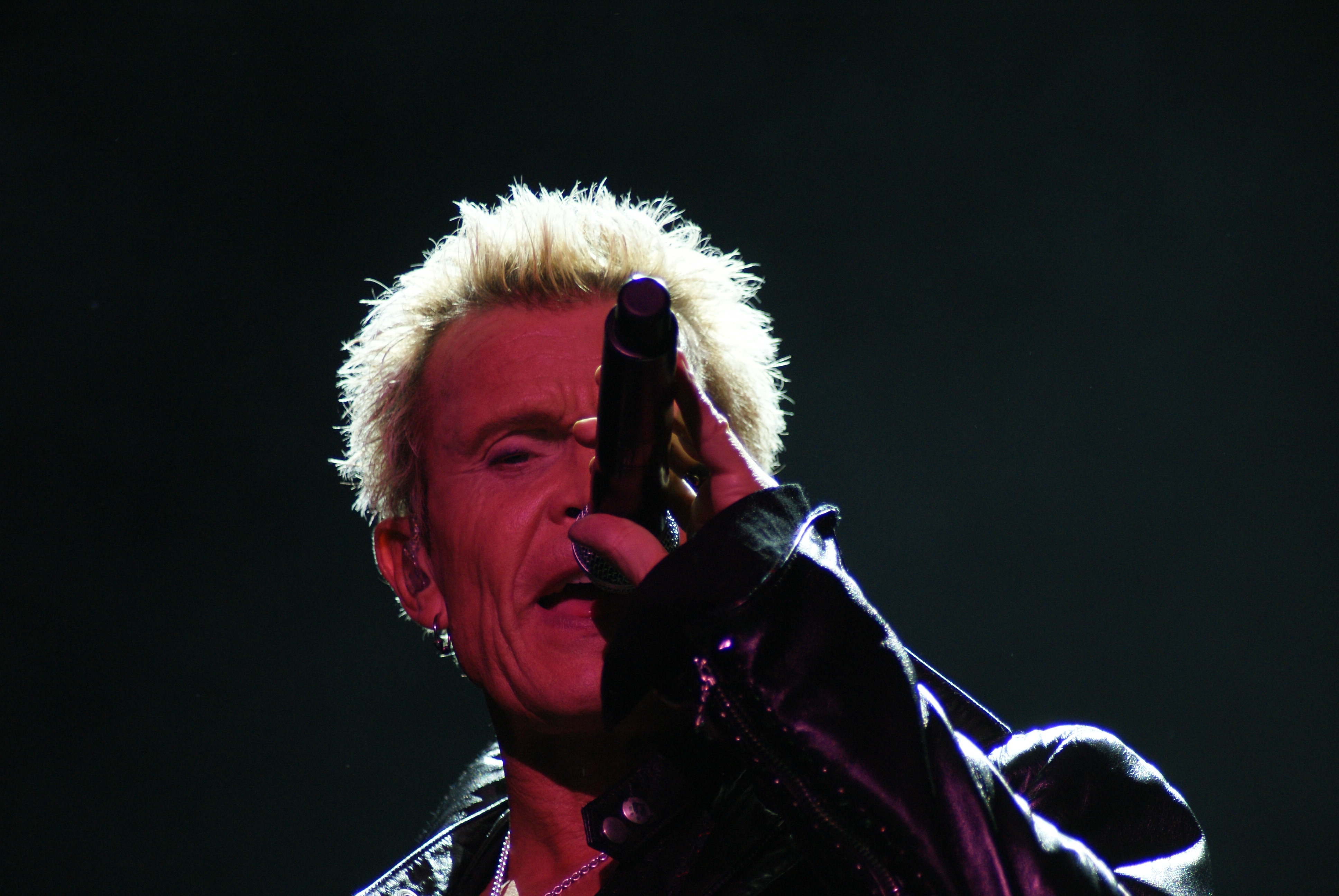 November 16, 2014 | Heineken Music Hall, Amsterdam – When we talk about classic rock, we can’t forget to mention Billy Idol. He had a few great hits like ‘Rebel Yell’, ‘Sweet Sixteen’ and ‘White Wedding’. Anton was invited to take some pictures and write a review of Billy Idol’s concert at the Heineken Music Hall (HMH) in Amsterdam.

Billy Idol
Billy Idol released his seventh studio album ‘The Kings & Queens of the Underground’ and this gig is part of the ‘The Kings & Queens of the Underground Tour’. The Heineken Music Hall is not sold out, but is well filled with 50 year aged punk guys and 80’s lovers.  The show starts with some high energy new and old songs. The sound of the band is perfect and the voice of the 58 years old punkrocker is also pretty good. His typical punk attitude and dressing isn’t changed for the last 30 years, and neither is his clean and sometimes aggressive voice.

During the show all the greatest hits pass by, combined with early work from his former band Generation X and new songs from his latest album. A good mix of songs, with in the middle some slow down songs like ‘Sweet Sixteen’ and a great guitar solo from the even legendary Steve Stevens. He is the second frontman this evening beside Billy Idol, smoking his cigarettes while playing guitar. The other guys from the band are a little younger, play solid, but stay at the background. Highlights of the show are of course the biggest hits ‘Rebel Yell’ and ‘White Wedding’. During ‘Rebel Yell’ Billy Idol is asking who want’s his t-shirt. He takes his shirt off, and hands it over to a girl in the audience. It’s hard to find negative points about the concert. The sound is very good, Billy Idol and Steve Stevens are performing amazing,  and the setlist is a nice mix of great songs. Billy Idol shows that he was, and still is, a great inspiration for young talented bands and artists. There’s no doubt that we see Billy Idol again, because with his power he can easily go on for the next 10 years!

Setlist
Postcards from the Past
Cradle of Love
Can’t Break Me Down
Dancing With Myself
Flesh for Fantasy
Save Me Now
Ready Steady Go
Sweet Sixteen
Eyes Without a Face
L.A. Woman
Guitar Solo
King Rocker
Whiskey & Pills
Blue Highway
Rebel Yell