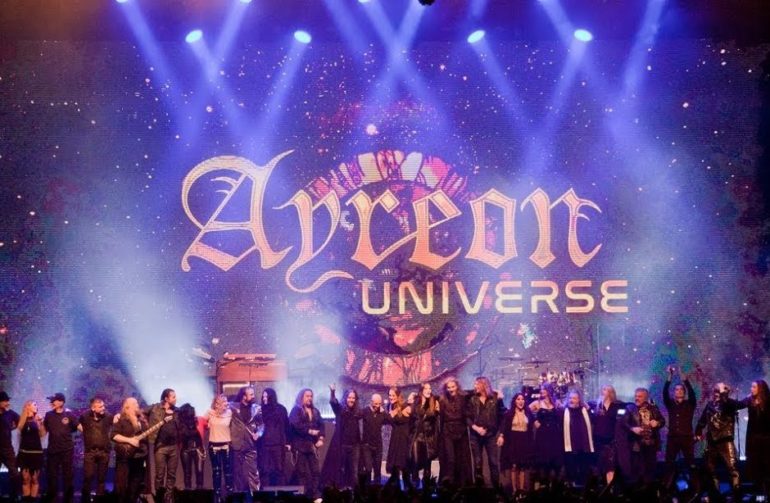 Here’s the official live video of ‘Everybody Dies’ to give you a glimpse of the first ever live DVD of Ayreon titled “Ayreon Universe – The Best Of Ayreon Live”. It took Arjan Lucassen two years(!) of preparation and he ended up with a crew of 100+ to perform a sophisticated selection of songs from his 9 Ayreon albums at 013, Tilburg on September 14-16, 2017 (review over here). A total of 16 vocalists and 11 musicians came together to perform 28 Ayreon-songs. With Floor Jansen (Nightwish), Damian Wilson (Headspace), Hansi Kursch (Blind Guardian), Tommy Karevik (Kamelot), Anneke Van Giersbergen (Vuur), Marco Hietala (Nightwish), Jonas Renkse (Katatonia), Edward Reekers (Kayak) and many others.

Tickets were sold all over the world in just a few hours! In three days 9.000 fans from 54 different countries would finally get the chance of a lifetime to see Ayreon live for the first time. The whole concert is caught with 30 cameras and the DVD will be released on March 30, 2018. It will be available as 3LP + MP3, 3LP + MP3 (black and limited edition gold vinyl), 2CD, 5 disc Earbook (inclusing 44 pages with pictures and background info), plus 2DVD and Blu-ray with 90 minute behind the scenes footgae and interviews with all the members.