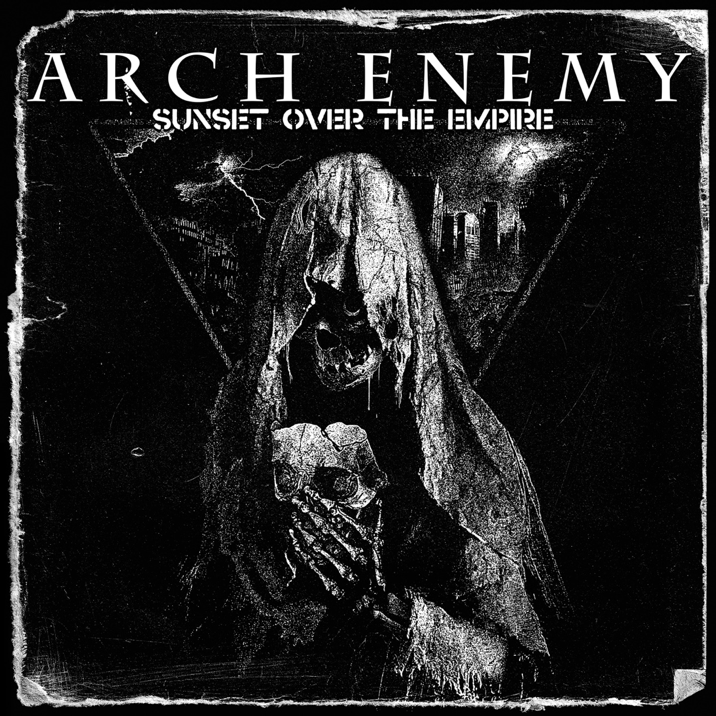 On July 29th, extreme metal masters Arch Enemy will unleash their 11th studio album, Deceivers, via Century Media Records. For a preview of the record, the new single, “Sunset Over The Empire”, can be streamed worldwide now.

Arch Enemy’s founder and chief songwriter Michael Amott comments: “Behold the ‘Sunset Over The Empire’, the 4th single from our upcoming ‘Deceivers’ album! This is a faster song with some manic riffs and a relentless beat that I can envision becoming a ‘hit in the pit’! Lyrically, it’s sadly one of those that seems to ring more true with each and every passing day nowadays…’Words turned to war, brother fighting brother, another false truce, as the people die…’. The accompanying video was shot in Poland with the Grupa13 team and doesn’t follow the lyrics slavishly but has a great message and vibe in its own right. Oh, and I’m stoked that we’re releasing ‘Sunset Over The Empire’ as a limited edition physical single on 7″ vinyl!”