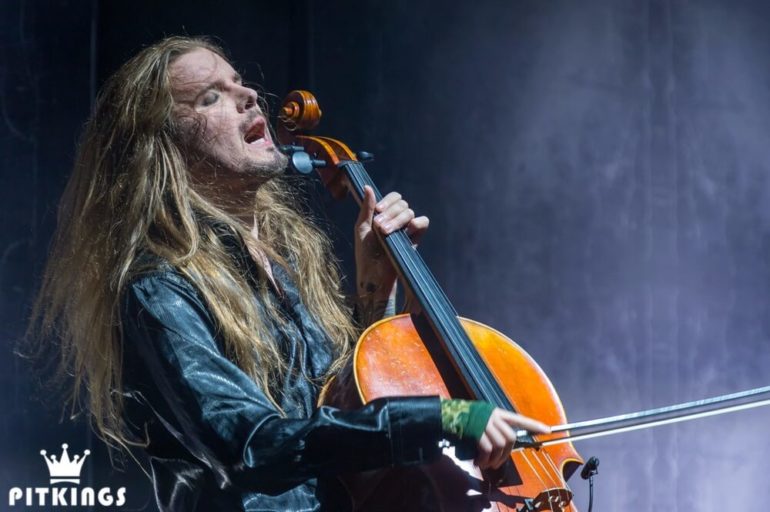 October 23, 2017 | Koninklijk Theater Carré, Amsterdam – Metal music and metal fans at the majestic theater of Carré in Amsterdam. Who had ever thought this would happen. Well the Finnish metal band Apocalyptica makes it actually happen! With their four cellos, they treat the audience to a full evening of Metallica songs. The album ‘Plays Metallica by Four Cellos’ was released 20 years ago, so Apocalyptica celebrates it with a special world tour by playing the complete album during the first half of the show. Carré is almost sold out and a beautiful place for this special event. Pictures by Roger Jansen

When everybody is taken his seat, the light go down and the show begins with ‘Enter Sandman’. People are watching, but not really responding and acting on what’s happening. The four band members are sitting next to each other on stage and lights are pointed on each band member. The music and the show is so overwhelming, that it’s hard for the crowd to sing a long while they are sitting in their chair. During ‘Master of Puppets’ the audience starts to sing a little bit and people step slowly out of their comfortzone. 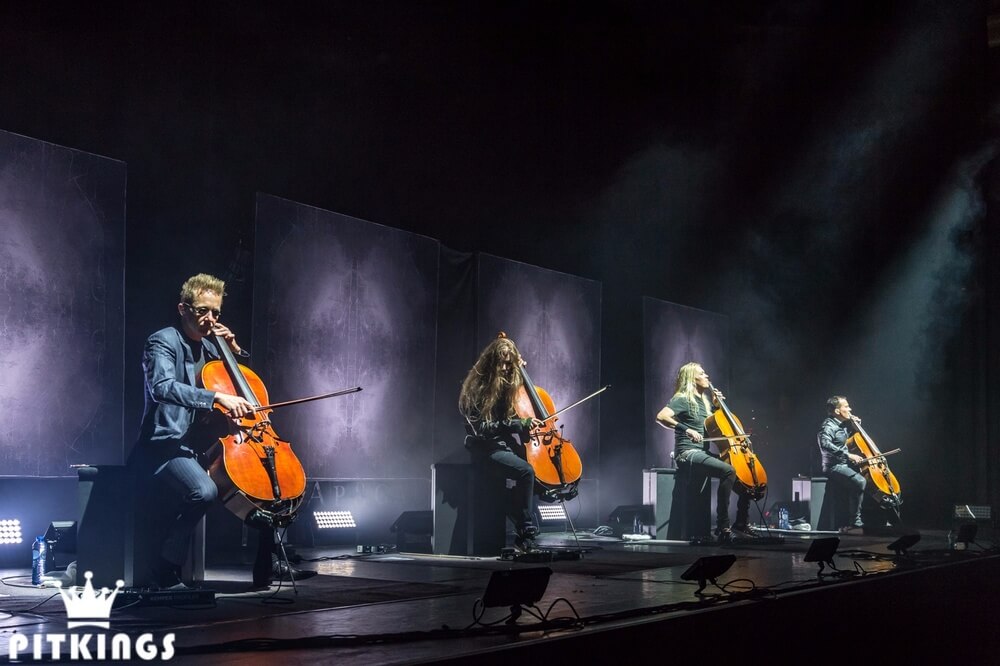 The sound is very warm, intense and bombastic in this great venue. It’s really the right band on the right place. It’s almost magical how they take you on a journey through the history of Metallica in heavy classic style. When ‘The Unforgiven’ is being played, the contrast between the beautiful parts and heavy elements is just amazing. In between the songs the leader of the band Eicca Toppinen is telling some background information about the songs and the history of Apocalyptica. After the song ‘Welcome Home (Sanitarium)’ there’s a short break to grab a drink. Then it becomes clear for me that the audience is a mix of old, young, metal head and classic music fans. It’s also funny to see how a venue can change the mainly rough attitude of the metal fans. 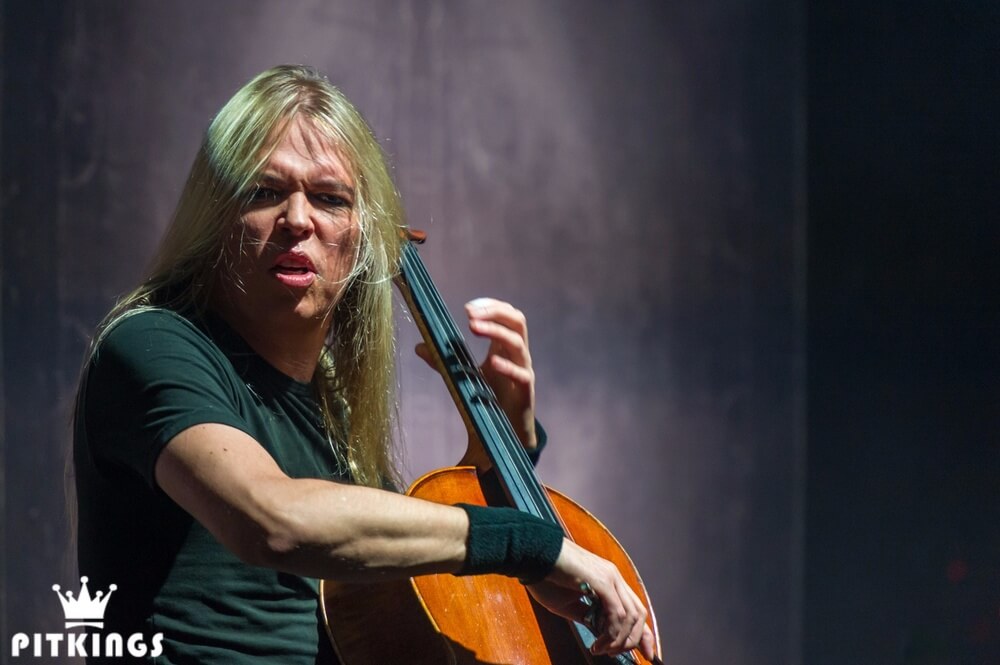 After the break the show continues with more Metallica songs. For this second half there’s an awesome custom made drumkit on stage. Halfway the song ‘Fade To Black’ the drummer kicks in and the crowd starts moving their heads on the beat. They apparently missed it! The songs, the band and the audience become wilder and at the end of the set everybody is standing. Especially Perttu Kivilaakso, who is playing mostly all the solos, is walking around with his cello like it’s an electric guitar. I’m definitely not a cello expert, but the way he runs around shows how he controls the instrument in perfection. Just like Eicca Toppinen, because when his string breaks during ‘Battery’, he changes the string within 30 seconds. Amazing! 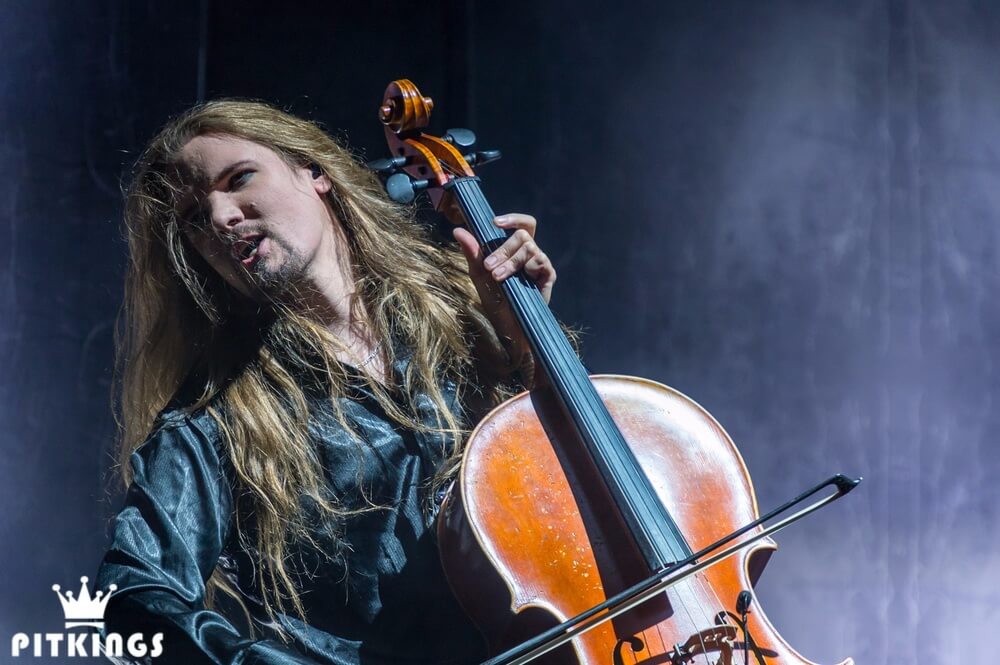 After the encore with ‘Nothing Else Matters’ and ‘One’, the two hour show has come to an end. A stunning and unique evening! I suddenly realize as a metalhead how beautiful songs like ‘The Unforgiven’, ‘Welcome Home’ and ‘Fade To Black’ are and how extremity heavy songs like ‘Fight Fire With Fire’ and ‘Battery’ can be played by just four cellos and a drummer. It hits you deep in your soul, especially the low tunes. I hope Carré is hosting more metal bands soon, because it adds a very special dimension to a metal concert. 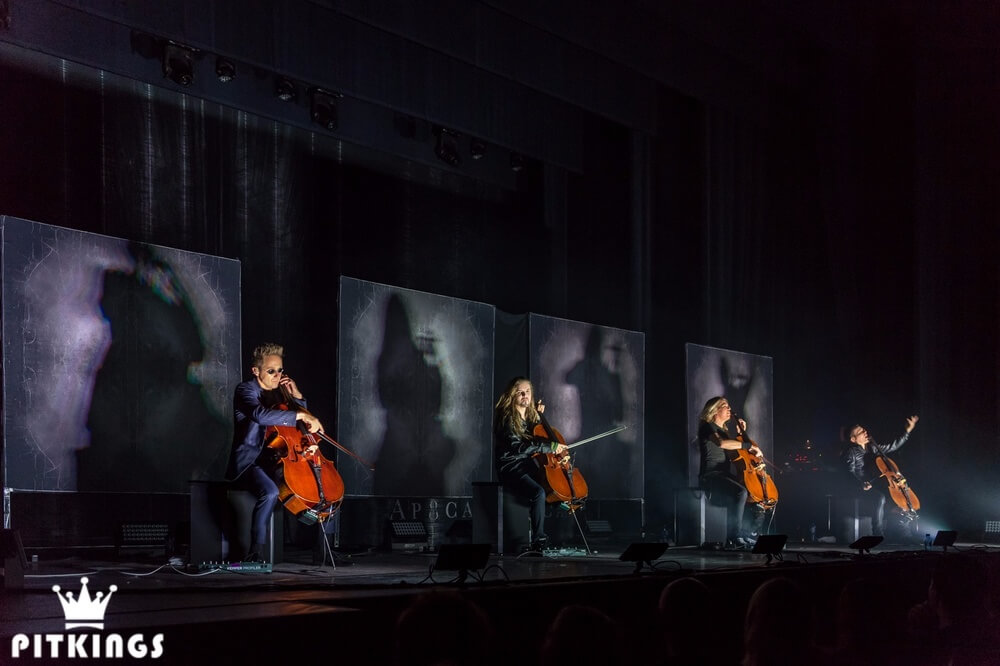