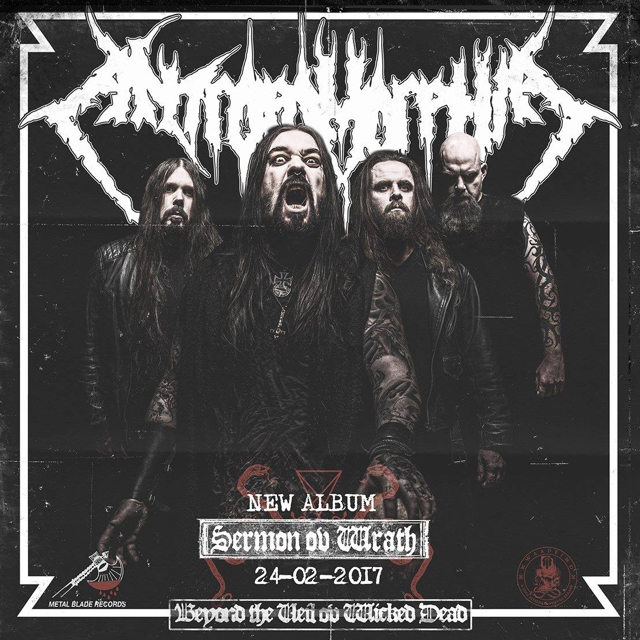 The new album ‘Sermon ov Wrath’ from Dutch death metal band AntropomorphiA was released yesterday (February 24th, 2017) by Metal Blade Records! To celebrate the album release the band has now launched the first official video for the new album and it’s for the song ‘Murmur Ov The Dead’. The video was produced and edited by Maurice Swinkels (Legion Of The Damned).

Singer/guitarist Ferry Damen about the video: “With unleashing ‘Murmur ov the Dead’ we tread a path that both musically and lyrically holds the most dark and wretched atmosphere while conveying deep personal visions.” AntropomorphiA is also confirmed for this years edition of the infamous Roadburn festival, taking place in Tilburg, Holland. They will be performing April, 21st.