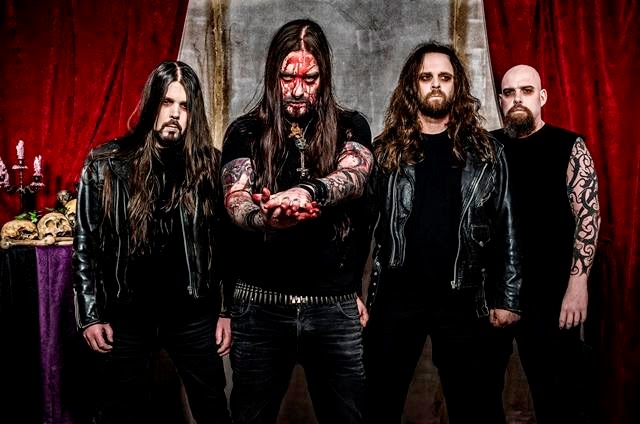 Dutch necromantic death metallers Antropomorphia have entered the studio to record the successor of ‘Rites Of Perversion’ (2014)! The release is planned for early 2017. Antropomorphia has released two albums since their comeback in 2009: ‘Evangelivm Nekromantia’ and ‘Rites Of Perversion’, both available via Metal Blade Records. Earlier this year they released a compilation of EP’s and demos entitled ‘Necromantic Love Songs’.

Comments the band: “We’ve been writing and shaping new material for the bigger part of this year and now slowly move into the recording era of our upcoming album. We firmly believe that without genuine creative evolution, this entity is meaningless and recording a new album would be plain ignorant, so we banished all rules and expectations while creating this new yearning darkness. The coming months will be dedicated to record this album, we see you all again after this on stages across Europe.”