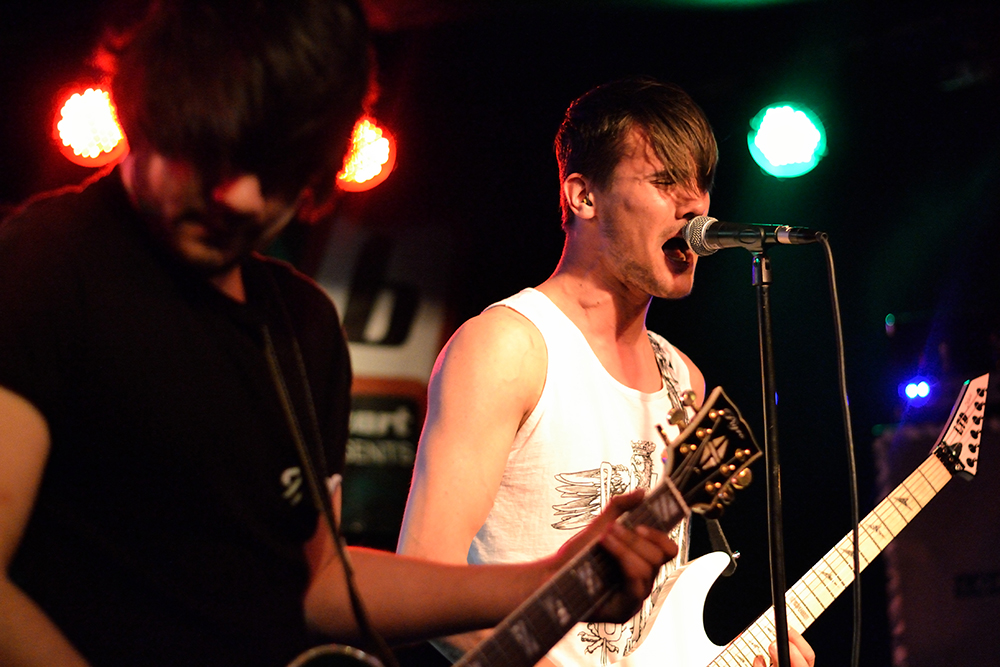 March 28, 2015 | Musicon, Den Haag – On a regular Saturday night three awesome Dutch bands were hitting the stage of Musicon: Ruins Of Heaven, Bloodsphere and Ann My Dice. Maurice wrote a review about this evening and took some pics.

Ruins Of Heaven
When I entered Musicon it was kind of quiet, not a lot of people seemed eager to go out tonight and see the three metal bands playing in Musicon. First band of the evening was Ruins Of Heaven. I have seen these guys once before, but their sound was really bad at that time. Luckily this venue knows how to set up a band and the sound was great. Even though this band has only been together for maybe a year, but they played a really tight set and I really enjoyed them. One guitarist, a bass player, drummer and a vocalist who was all over the stage with his energetic presence. The songs were aggressive, right in your face metal with a touch of hardcore/metalcore. Just the way I love it!

Bloodsphere
Bloodsphere is a band that I have seen multiple times. And they never disappoint. The venue started to fill up a little more and Bloodsphere started playing their Death/Groove music. I like their groove part the most, as soon as they set in a groove you just can’t resist banging your head to the beat. The vocalist is energetic and the guitars are ripping ferociously through the songs. These guys play like a well oiled machine and give away a great performance.

Ann My Dice
Last band of the evening is Ann My Dice, a band which name I have heard before but I never heard any music of them. The band starts with an intro from tape with some music you totally wouldn’t expect. Like clockwork the band sets in as the intro ends and the fury is unleashed. They are the only band of the evening that incorporates clean vocals in their songs. This works well in their songs and gives some of the songs a bit of a punkrock vibe. The vocalist switches between clean and grunt, guitars and bass are heavy and some nice solowork is in there too.

Too bad the venue was not filled up because these bands deserve more attention. Well I guess that is their loss, because it was a great night.