October 11, 2017 | Oosterpoort, Groningen – It’s a grayish kind of weather this Wednesday evening in Groningen. People are waiting in front of the venue for their favorite band Alter Bridge! For the very first time the American metal band will perform at the Oosterpoort. Special guest this evening is the UK band As Lions. An alternative metal band formed in 2015 by Austin Dickinson (son of Bruce Dickinson). Photography: Oscar Anjewierden

As Lions (UK)
At the exact time of 8:00 PM the alternative metal band As Lions kicks off. Their sound is familiar and can be described as a energetic blend of metal and rock. Their performance on stage is just great. The frontman and vocalist Austin Dickinson has a loud and clear voice, which is nice to listen to. During the show a lot of people are still in the back. Furthermore, fans are not really up to rock with the group. But then… after 5 songs people start to headbang! I like the way people crawl out of their ‘holes’ because of curiosity for these boys. As Lions did a great job as this was their first show in The Netherlands. This descent starting act made the people of Groningen have a night to remember. 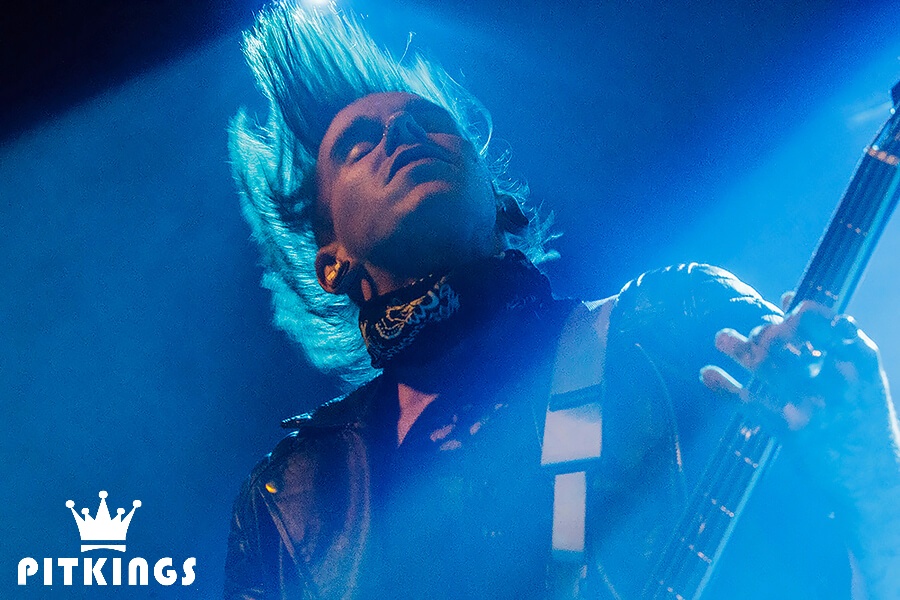 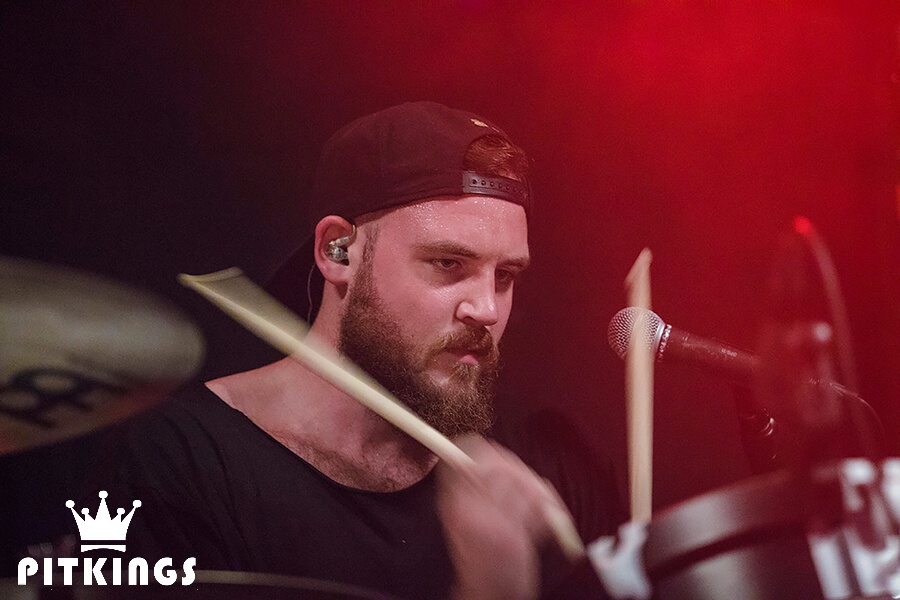 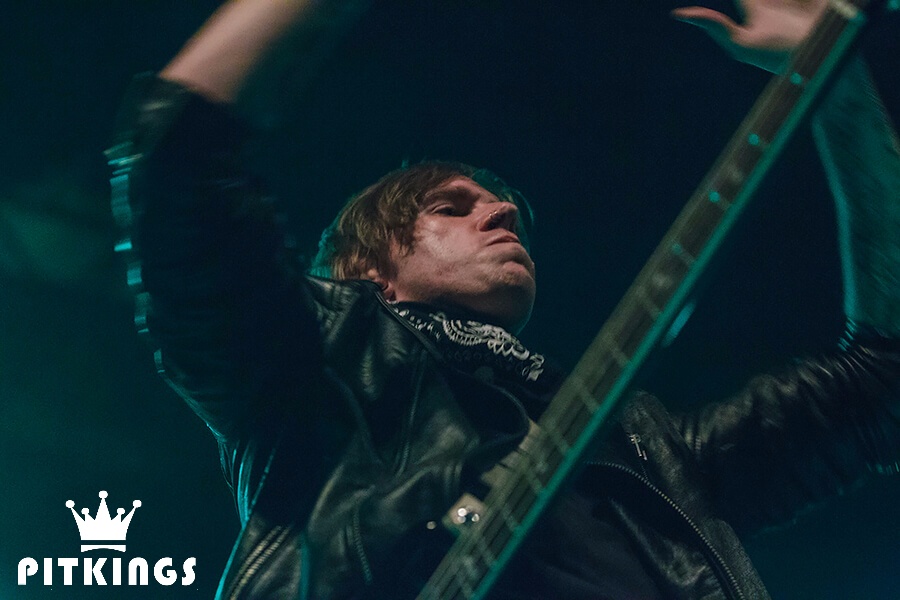 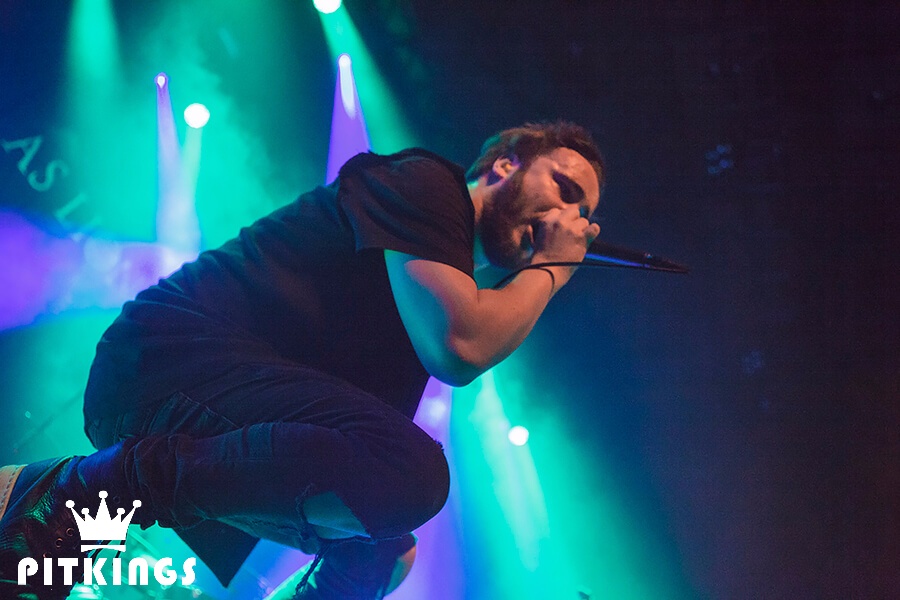 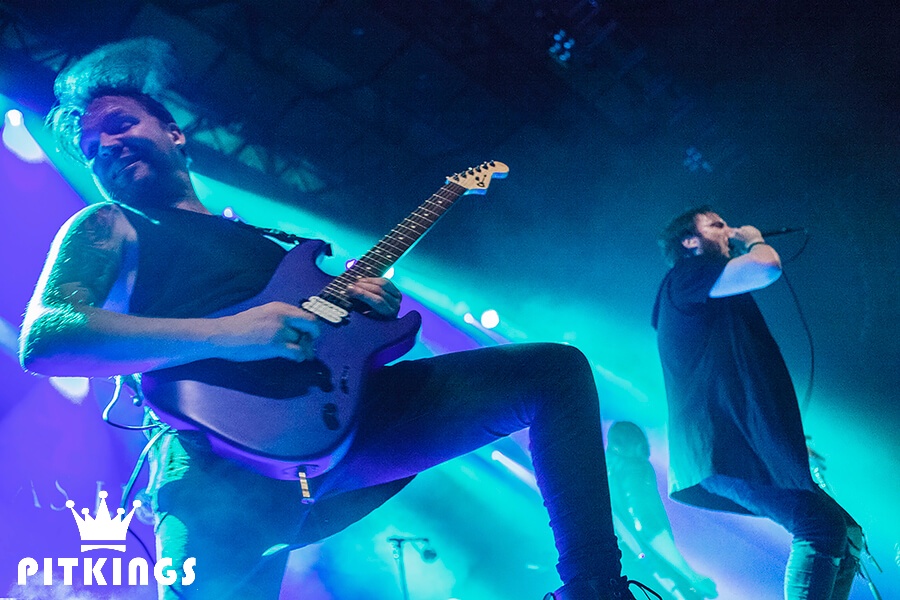 Alter Bridge (USA)
As we all know, Alter Bridge stands for ‘good quality music guaranteed’. The second thing we know about them, is that they play a different setlist every single night. We couldn’t predict much, which made the show a total surprise. At around 9:30 PM Alter Bridge ready to rumble! This is their first time in Groningen, but Myles Kennedy tells the crowd several times about how he loves the venue and the people of Groningen. The crowd is overwhelmed by their appearance and a lot of people are happy to see them back for the second time this year (013, Tilburg – June 6th). 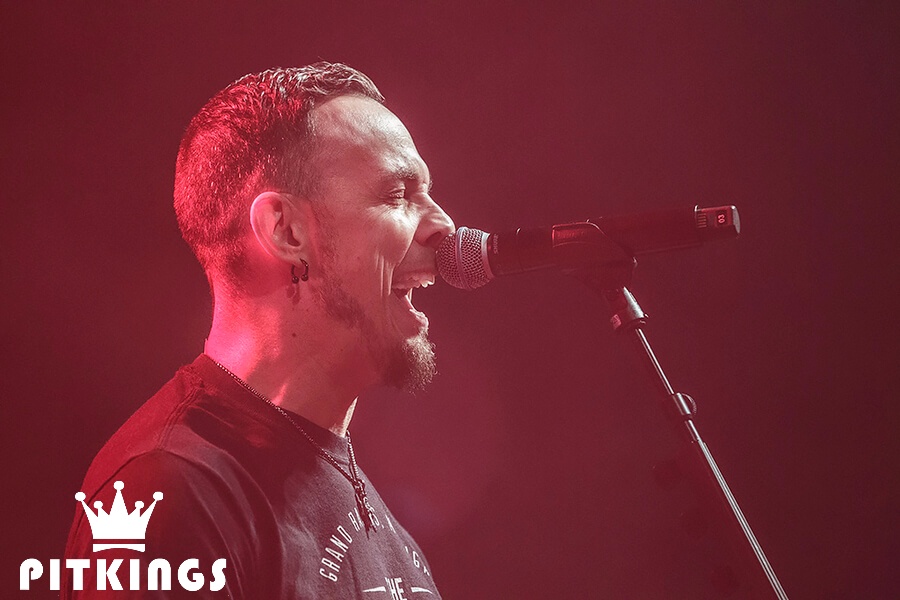 They kick off the show with ‘Come to Life’ from their already classic album ‘Blackbird’. After that song, without any breaks taken, the band continues playing songs of the latest album called ‘The Last Hero’. The fun fact is: all the ladies are standing at the barrier in front of Myles Kennedy. While all the guitar freaks are watching over the fast fingers of Mark Tremonti. Tremonti’s work is incredible, and he shows it off by playing old song like ‘Isolation’, ‘Metalingus’ and ‘Blackbird’. After a few metal songs Myles takes his moment by playing an acoustic set. Chills, tears and goosebumps as Myles is singing ‘Watch Over You’ and ‘In Loving Memory’. This peaceful performance surrounded people with peace and joy. The whole venue is singing along! As the night continues Alter Bridge rocks on and brings some other great hits.

This show was a great experience since the crowd started ‘reserved’ and ended ‘wild’. Due the break people are not done yet and scream for more. The rock heroes finish the show with an awesome guitar duel from Kennedy and Tremonti. My conclusion is: this show was better than the previous Alter Bridge shows. Louder than ever. Better than ever. 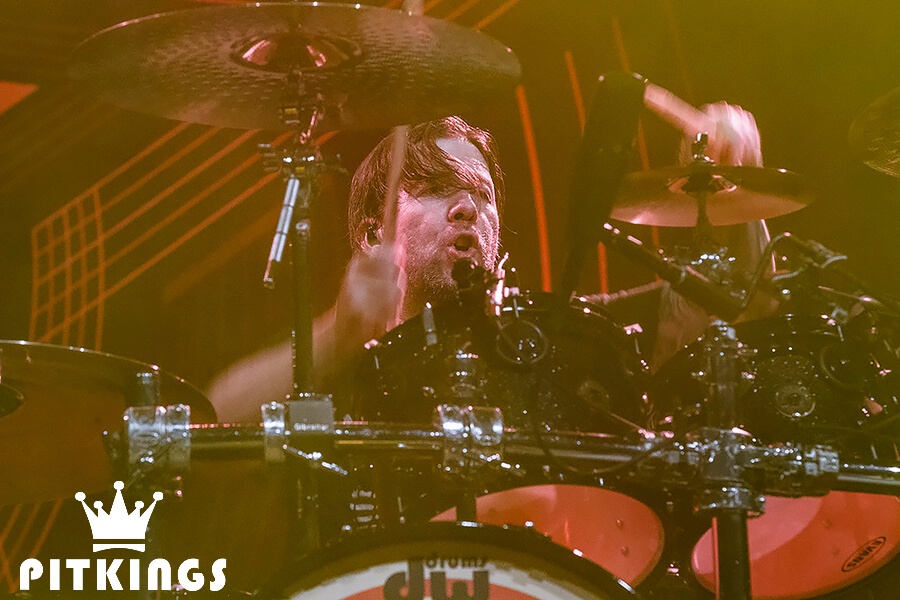 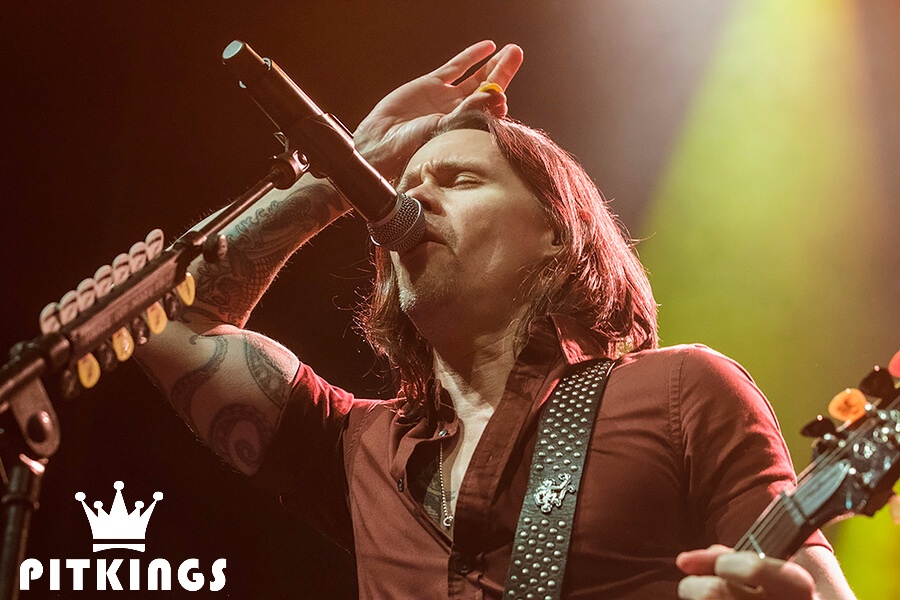 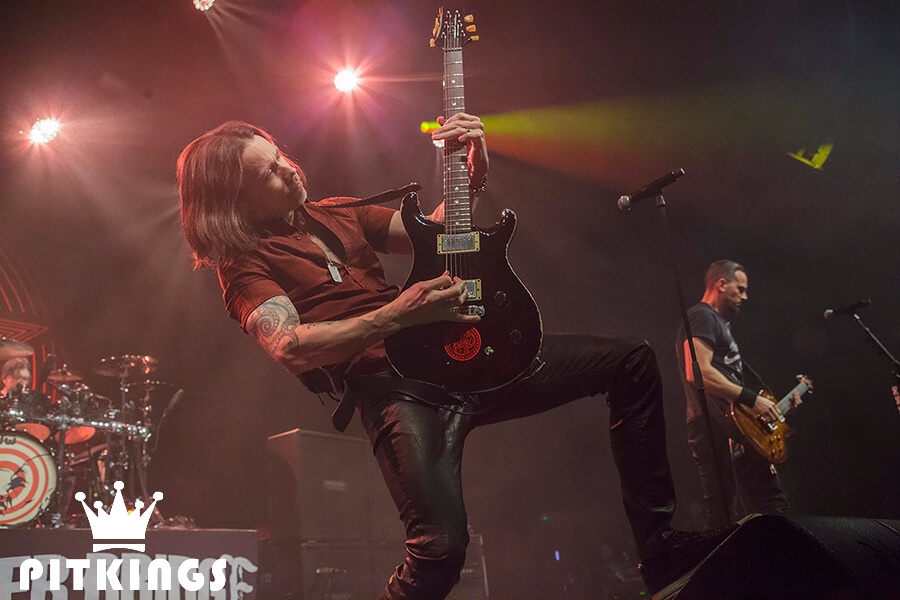 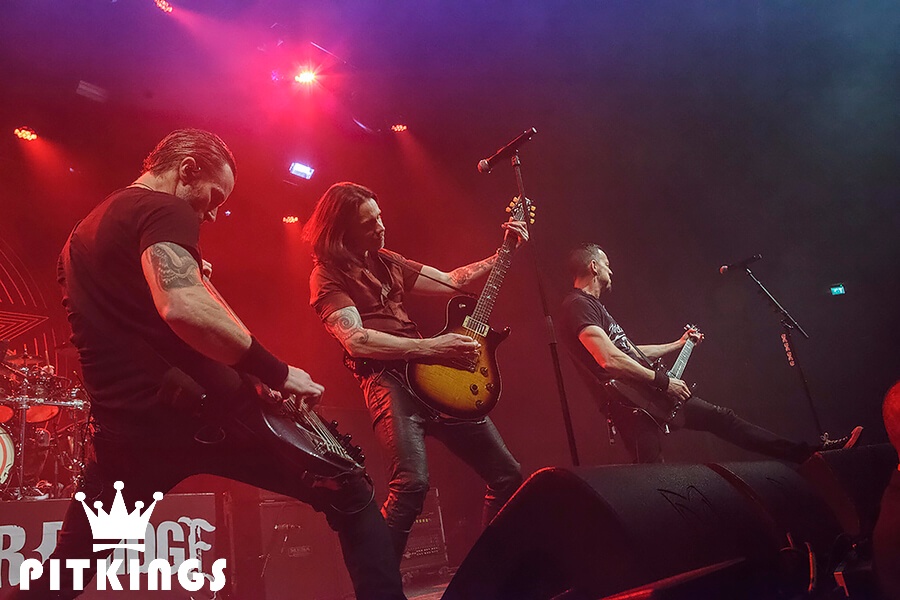 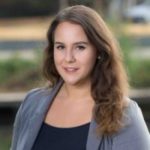