October 13, 2017 | Melkweg, Amsterdam – When you wanna party, drink a lot of beer and sing a long, just visit a concert of Airbourne. This time the Australian hardrock/metal band came to Amsterdam to let the people sweat and bang their heads. The support act this evening was the Australian thrash metal band Desecrator. A sold out Melkweg is going down under!

Desecrator (AUS)
Desecrator kicks off around 8 PM. These guys know what thrash metal is and means! Fast, sharp and without any remorse they take you on a metal journey. When even the auiennce reacts with moshpits, you know things are executed very well! They know what they do, play and interact with the auience and just bring you a damn nice portion of Australian thrash metal. Remember these guys! 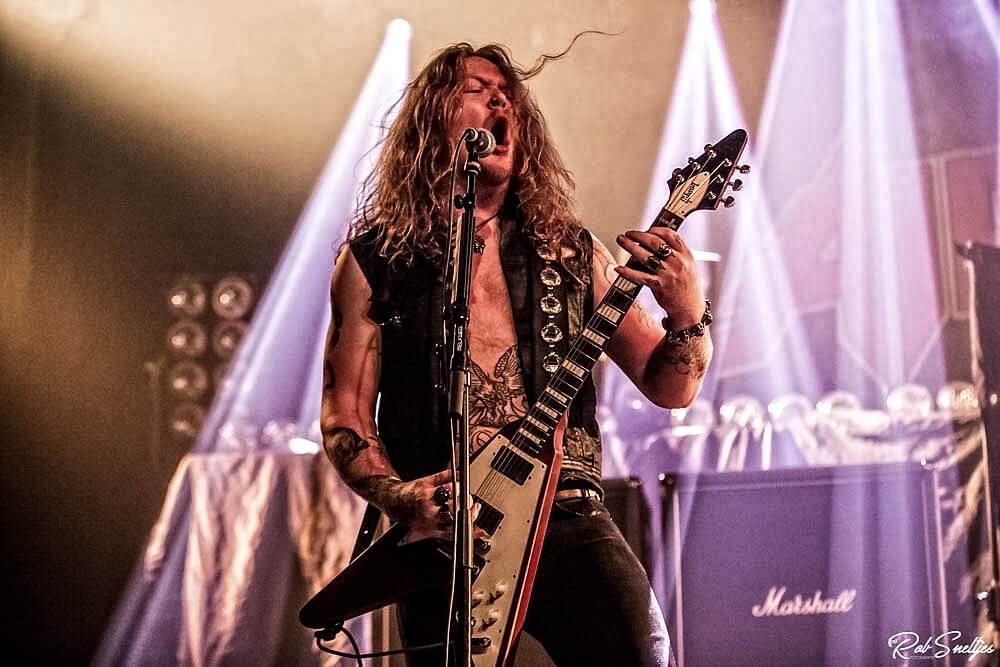 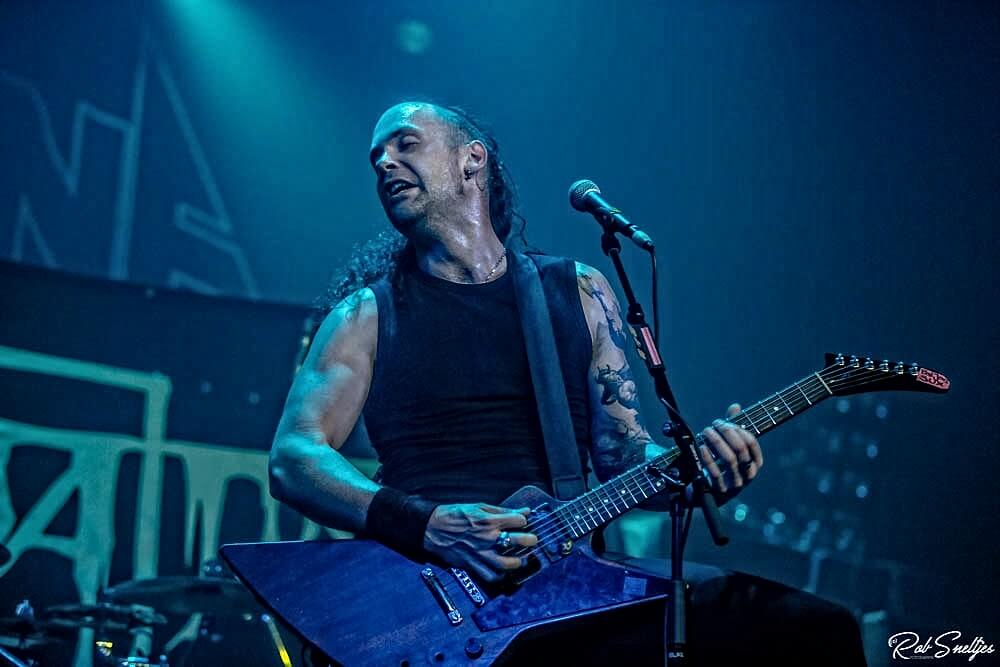 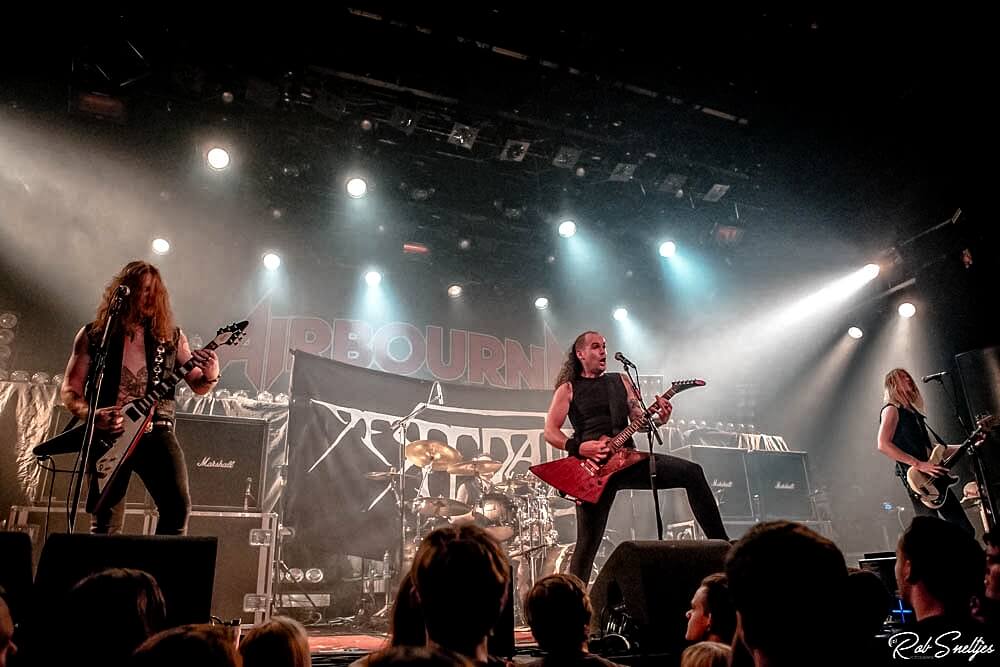 Airbourne (AUS)
Light go down and a red searchlight is filling the room, while the theme song of “Terminator 2” is playing on tape. The guys hit the stage and start to play the uptempo song ‘Ready To Rock’, from their 2004 album ‘Ready To Rock’. Airbourne and the crowd are getting loose right from the start. The sound, the show, the lights, the energy. All the ingredients are there! New songs are interchanged with old classics. When Airbourne is going crazy, vocalist and guitar player Joel O’Keeffe is going mad. He’s jumping of stage, climbs the stairs and smashes a can beer against his head which is exploding. It’s symbolizes the wild and rock ‘n roll attitude of this aweswome band. After 12 songs the end is there. For now. Because these guys must go on for a long, long time! 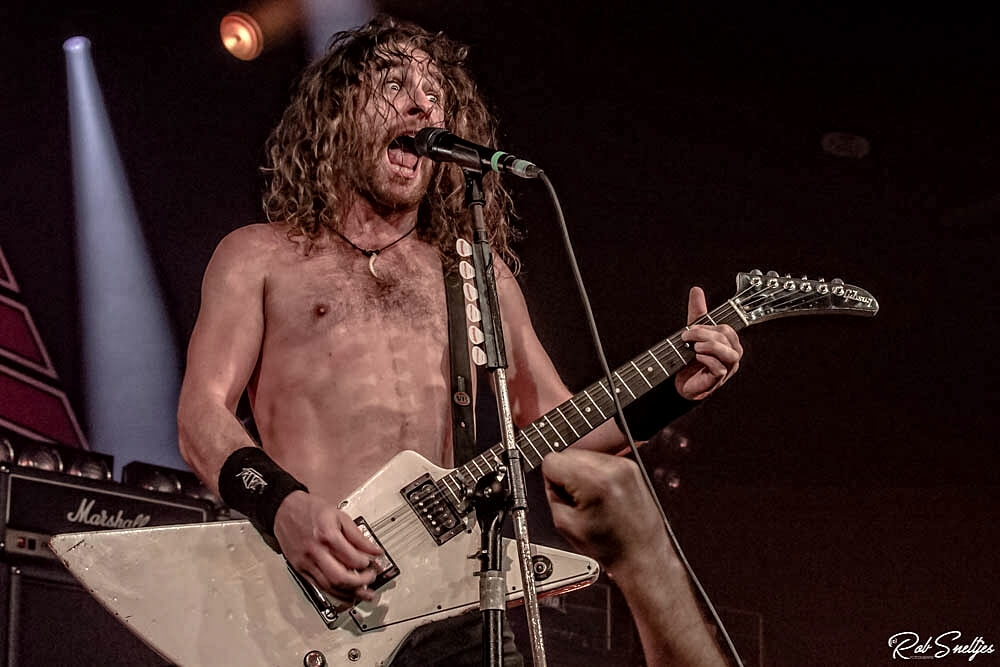 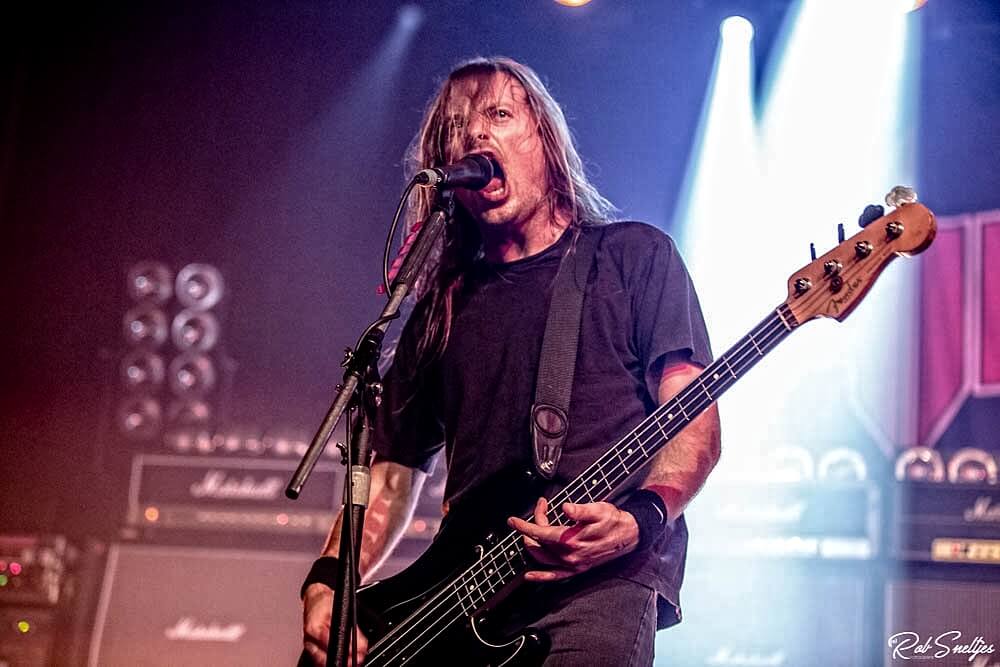 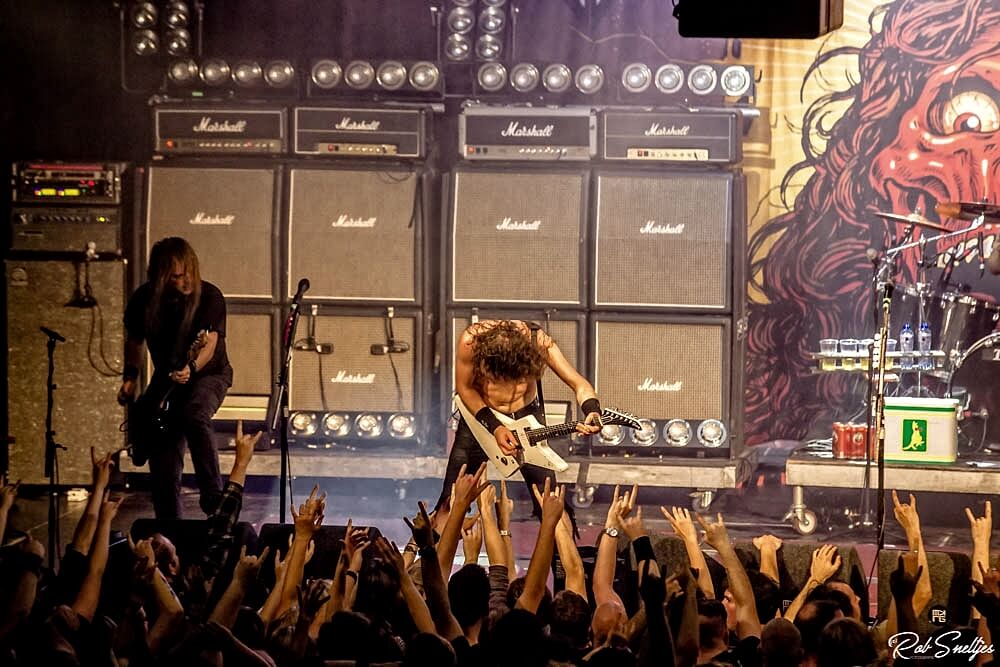 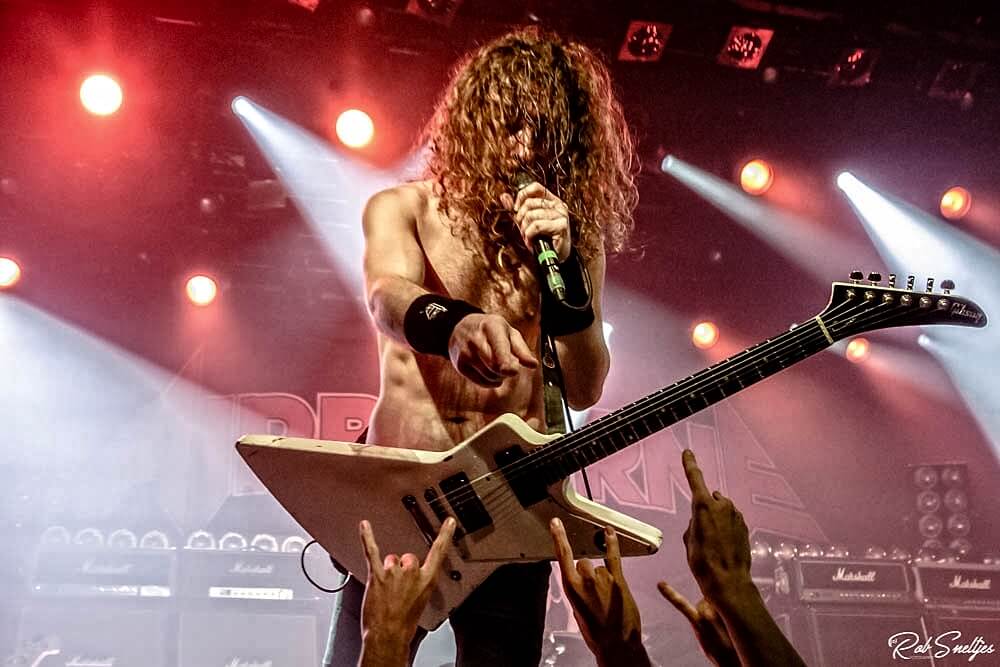 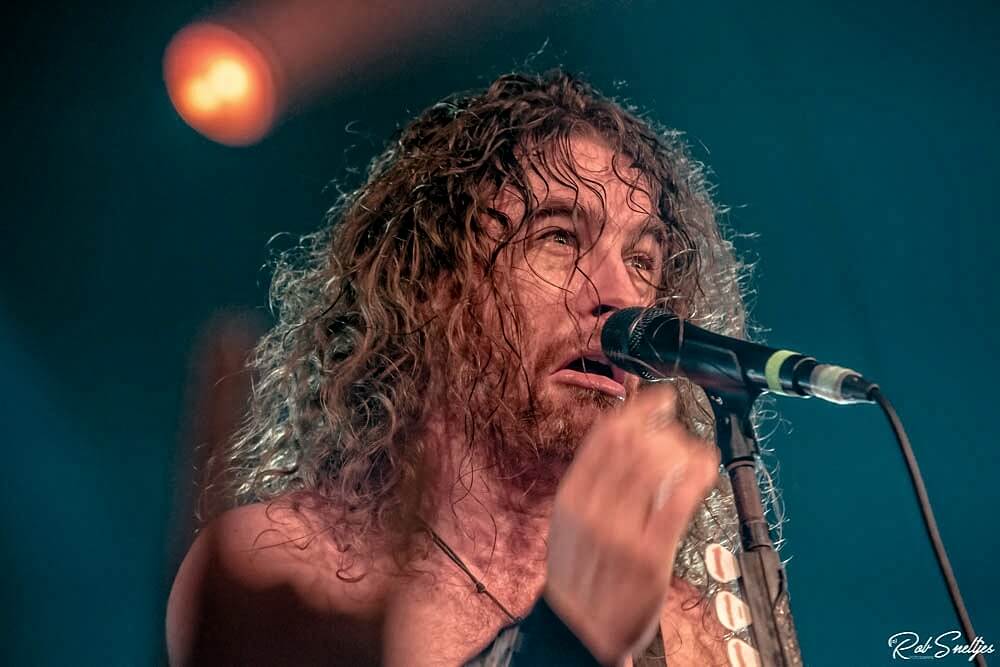 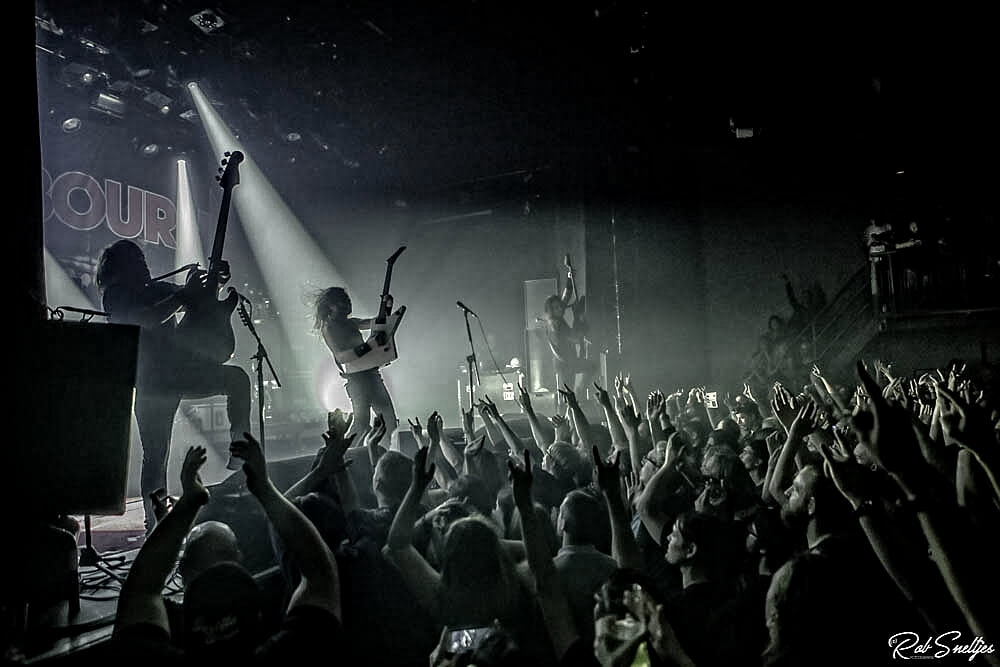 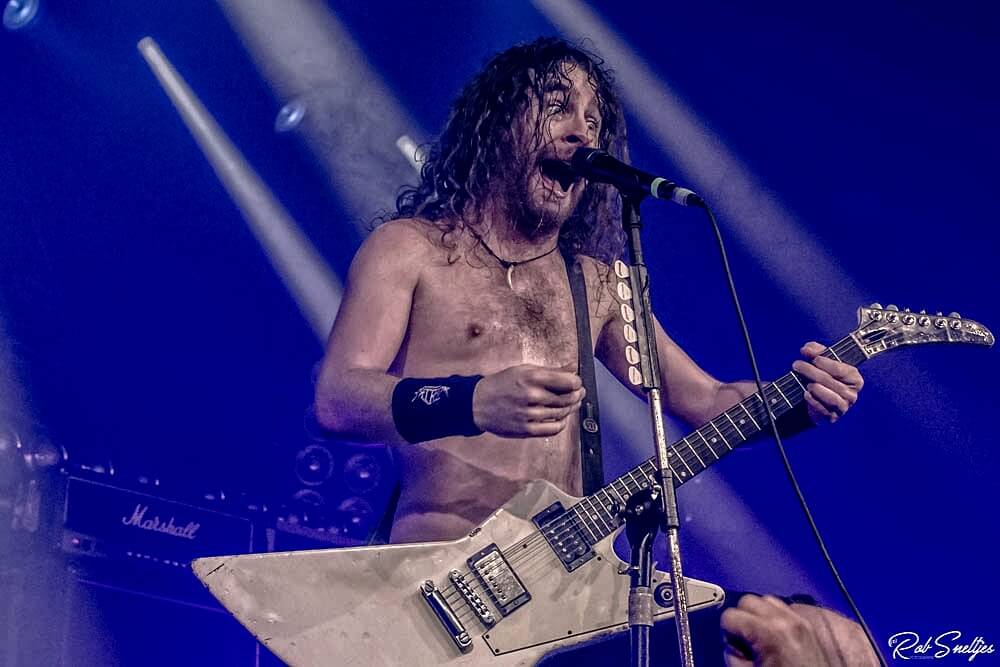