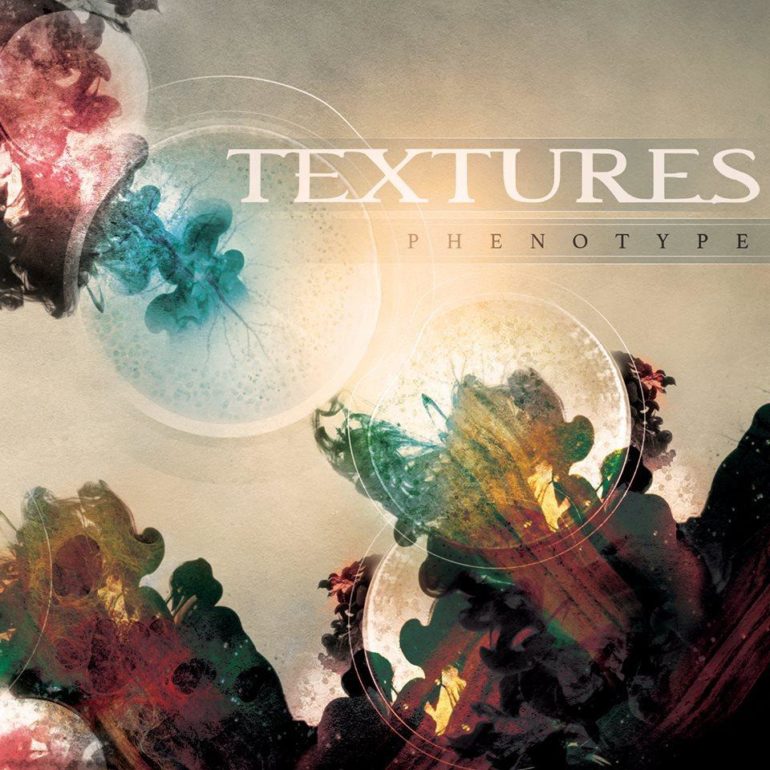 It took the gentlemen of Textures 5 years to come up with the new album ‘Phenotype’ (February 5th, 2016), so it’s no understatement that this album is much anticipated. The last full album ‘Dualism’ was very well received, so that raised the stakes even higher. What’s even more striking than the publication of this album, is the announcement of the next album ‘Genotype’. Textures is not the band to release an album every year so the double announcement was a big surprise!

‘Phenotype’ starts of with the hard song ‘Oceans Collide’. This kind of start is not what no one would expect from Textures, but you’ll get a split second warning by the short, sharp inhale of Daniel de Jongh. This is metalcore with a superb progressive lining! The second track is my favorite of this album; ‘New Horizons’. This simply has it all! Perfectly balanced vocals and music. It has the slow-and-clean parts and the fast-and-rough parts.

‘Shaping A Single Grain Of Sand’ is a perfect example of the multi layered music of Textures. These layers are perfectly audible in this track. Complex drum fills, subtle guitar riffs… the works! ‘Illuminate The Trail’ is a real gem. Perfectly clean voices which at some points reminds me even of Dream Theater.

The odd one out in my opinion is ‘Meander’. It’s a kind of Taiko drumsolo and in my opinion a bit out of order. It’s smack in the middle of the album and to me it doesn’t seem to be connected with ‘Illuminate The Trail’ preceding or ‘Erosion’, which follows ‘Meander’. ‘Erosion’ is in the same league as ‘Illuminate The Trail’ and would fit better end to end, instead of broken apart by ‘Meander’

‘The Forth Prime’ start of nicely aggressive, but at two-thirds it slows down for almost 2 minutes and your ears are getting the royal treatment. After this superb interlude, the pace is picked up again until the end of the song. The second last track, ‘Zman’, is a keyboard intro for the last track on the album ‘Timeless’. At the ‘Dualism’ album there was an intro to the last song too and it really worked well, as it does on this album. With Timeless the album ends in style. Its nice proggy and has a great build up and when you think they are going at it, it slows down to perfection and gradually works towards the end of this album.

Conclusion
‘Phenotype’ is a very recognizable Textures album without ever being a repetition or duplicate of what so ever. This album is the logical successor of Dualism and is rougher, smoother and a wee bit better than Dualism, apart from the ‘Meander’ part.
There is so much to hear on this album, that it will take forever to have discovered every layer and subtle fills. Even after hearing it more than 10 times, I still discover new fills every time. There is even a difference if you listen to this album on a headphone or on your stereo and yes, the louder you play it, the more layers you hear.

Textures is the epitome of progressive metalcore. Period. And I am hooked!