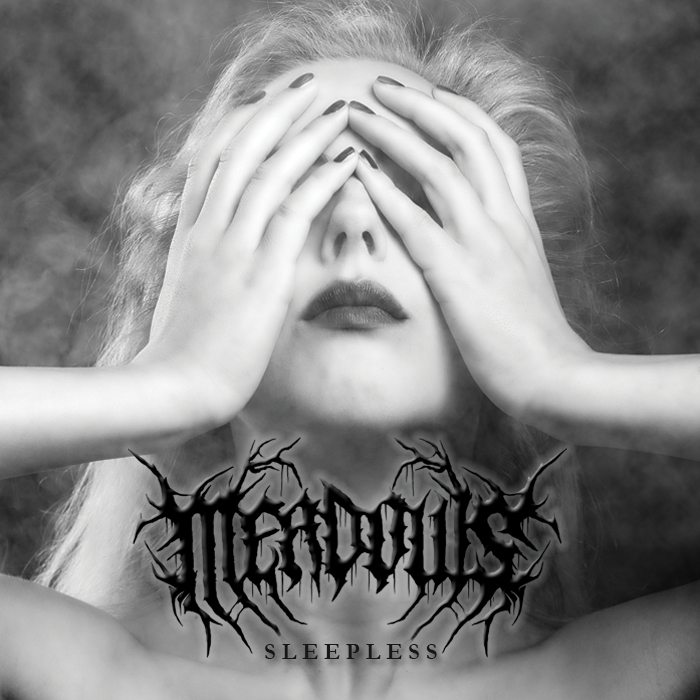 The Dutch death metal band Meadows shared the stages with bands like Herder and Teethgrinder. On November 14, 2014 they released their first EP ‘Sleepless’. The band promised on Facebook to be raw, punishing and heavy, but does this EP meet requirements?

Sleepless: fits perfectly in the metal scene
The album is only 13 minutes long and starts with the song ‘Delusion’. With a length of 1:15 minutes you can see it as an intro of the EP. A mix of death metal and hardcore fills the room. Is this the sound they’ll hold on to the entire album? On to the next song: ‘The Cleansing’. A hoarse, low voice, up-tempo and slower guitar riffs that alternate and some typical hardcore breakdowns. You’re automatically start headbanging by hearing this song. And our expectations of the first song were true: it definitely was the sound of Meadows we were hearing.

The 4th song is ‘Abandoned Here’. The song starts with an up-tempo melody that leads the vocals perfectly. What combines the death metal and hardcore in this song is the part-singing of the hoarse voice and a higher voice. It makes the song interesting to listen to. ‘No Purpose’ (video) is the last song of Sleepless. With the speed of the drums it looks like the band wants to show us why they describe themselves as ‘heavy’. A lot of hoarse, low vocals make the speakers explode.

I don’t know if punishing is the right word for this band. Listening to Sleepless isn’t a punishment at all. For a first EP it’s beyond expectations. Raw and heavy? Yes. They showed us that they fit perfectly in the metal scene.