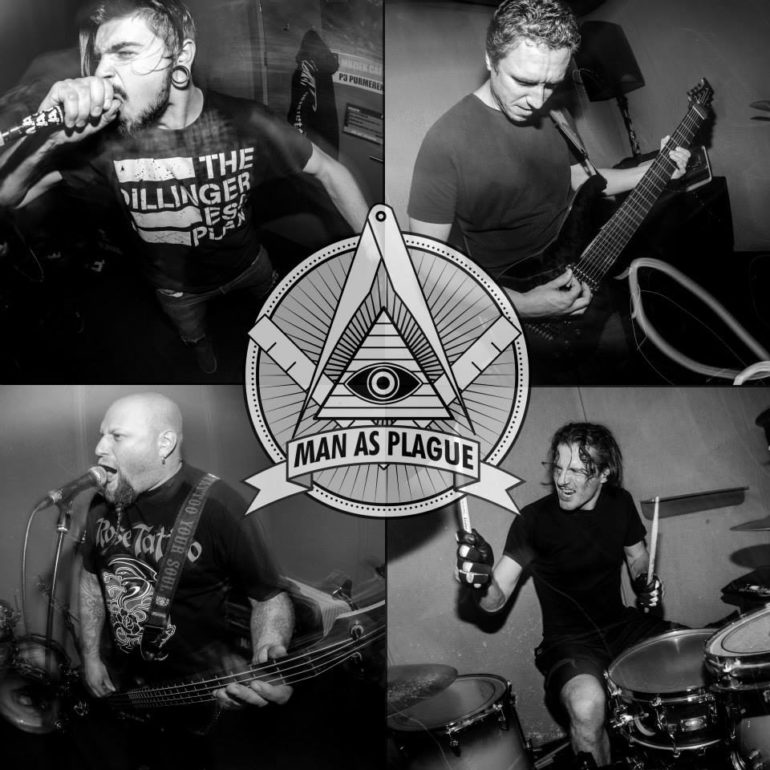 The extreme metalcore band Man As Plague released their new EP ‘Aftermath’ on May 9, 2015. The band from Hoorn (NL) launched the album during a gig at Rockcafé Asgard, together with BLEED and Variscythe.

Alright, let’s do this. Becasue this is something totally different that I’m used to and to be honest, I don’t hear things like this a lot. That means that I’m not very positive about it… From the first moment till the last moment that I’m listening to this EP, I’m completely overwhelmed by the noise that this band is producing (except during the acoustic song ‘Beautiful Sin’). The sound from the guitars is quite good and cause a heavy sound, but the drums are killing it immediately. What a terrible choice to choose for such a bad drum sound, especially during the fast parts in the songs. It seems like they want to sound like Fear Factory, but they completely failed in it. Also the vocals are to much layered and overproduced, with the result that (together with the drums) the good sounding guitars disappear to the background.

To end this review a bit positive, there are some things that I do like about this album and band. I must say that what they do is different and unique in a certain way. The songs are built up with a lot of different elements, tempo changes and musical influences. All the ingredients that an extreme metal band needs. I think that when they hire a good producer, tune their sound and make their music ‘easier to listen’ to, an upcoming album could be a success. Let’s hope so!

Tracklist:
1. Aftermath
2. Dreams Fade To Grey
3. Beautiful Sin
4. Homewrecker
5. Heading For Demise
6. Desolation
7. The River
8. The Truth
9. We All Know How This Party…