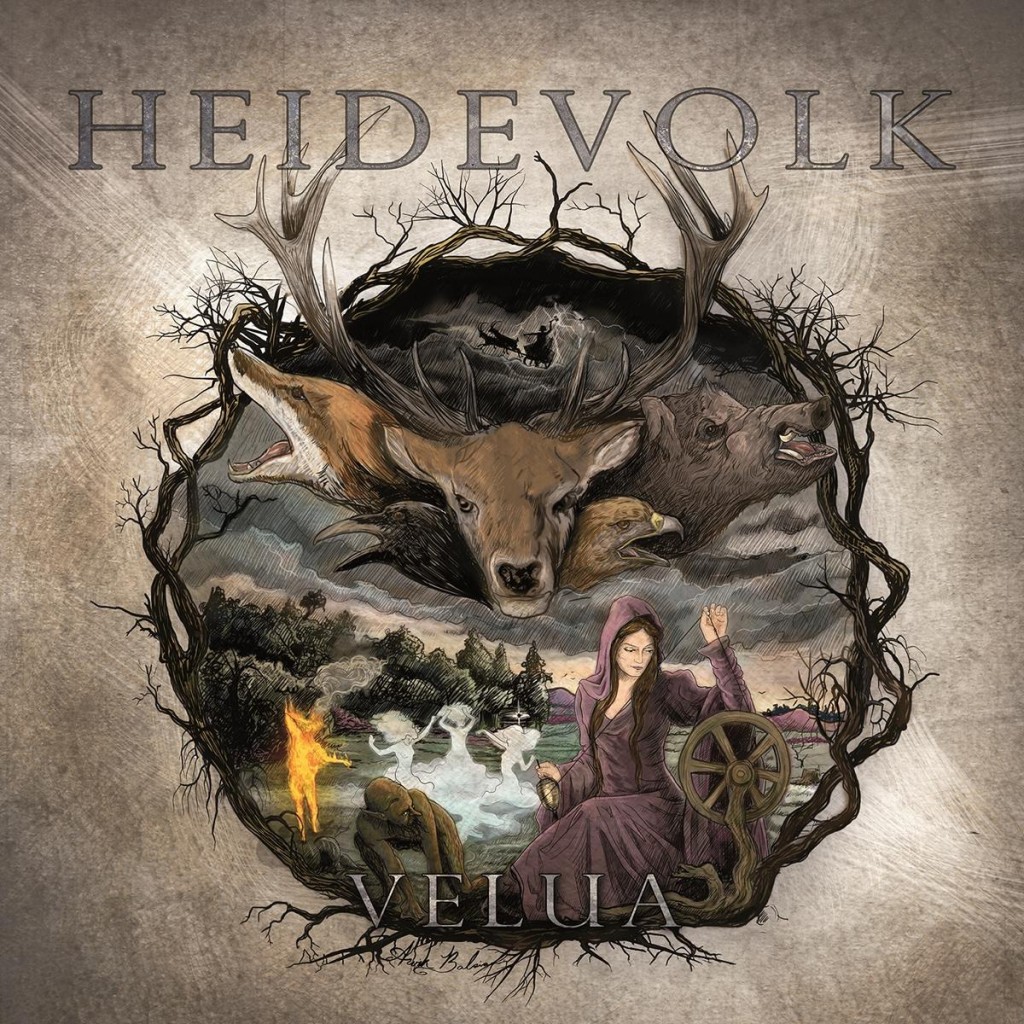 The Dutch folkmetal band Heidevolk presented their brand new album ‘Velua’ to the world in LuxorLive, Arnhem on May 2nd 2015. Velua is a unique storybook that tells you the tales of the nature ‘Veluwe’ in the Netherlands. Check the album review Anton wrote about this awesome band.

Heidevolk
Heidevolk was founded under the name Hymir in 2002 by six men. The name was changed to Heidevolk (Dutch for “heath-folk” or “heather folk”) inspired by the Veluwe landscape. The band started performing live in 2003. Since then the band has released one demo, five full-length studio albums, and one EP. The last album is called Velua and is released on May 2nd 2015. The lyrical themes of their music are inspired by nature, the history of Gelderland, and the history of Germanic mythology. As you may have noticed, all of their lyrics are in Dutch.

Velua: a must have for the folk metal fans!
The Veluwe – mythical and beautiful woodlands in the Netherlands – is the setting for Heidevolk`s fifth album Velua. The album comes with 12 brand new songs and the limited edition is filled with 4 bonus songs. This bonus songs are covers from Led Zeppelin, Billy Idol and The Nits.

The album starts explosive with the first song ‘Winter Woede’. It’s a good opener and grabs your attention to keep listening to the rest of the album. The sound of the album is in your face and mixed very well.
A great variety of songs is what they pump into your room. All with the typical Heidevolk sound, which means a lot of different instruments, Dutch lyrics and of course a perfect portion of metal. From some slower ballad like songs to fast, up tempo songs. Another thing I noticed, is the quality of the guitar solos. They are mixed really good and are fitting perfectly into the songs.

Also some negative words unfortunately. If you are not a folk metal fan, then the music can be experienced as over the top. Sometimes I have the feeling that I’m listening to a men’s choir, who are joining a metal band. They don’t actually sing, but are telling a story. In the beginning it’s a strange way to listen to, but after a while you get used to it. Also the covers are sung in this same, particular telling style. Nice for the collector fans, but for me it’s not adding extra value to the limited edition album. I would choose for some extra Heidevolk songs. Another thing are the Dutch lyrics. For me it’s hard to get used to it, because I focus to much on the lyrics and it grabs away my attention from the musical parts. But maybe if you’re not a native Dutch speaker, you don’t have any problems with it. On the other side, maybe that’s the power of Velua and Heidevolk. The dare to be different and I think that’s the thing that makes this album great in it’s kind.

So keep up the good work! Because for the folk metal fan, this album is a absolute must have!