April 29, 2016 | Meerhout, Belgium – Groezrock celebrated their 25th birthday this weekend! With bands like Four Year Strong, BlessTheFall, Rancid and Sum41 it was promised to be a good edition on 29 & 30 April 2016. It was cold, muddy and there was rain, But nobody held back this weekend full of punk and hardcore. I was there on behalf of PitKings on the first day (April 29) and tried not to drown in the mud… Unfortunately no Dutch bands this day, but a lot of bands from Belgium and the USA. A big thanks goes out to Erwin Poppe and Arne Desmedt for sharing the pictures with us!

The Dirty Nil (CAN)
The powerrock punkers ‘The Dirty Nil’ got people moving, and on the barrier-free Back To Basics stage it’s a recipe for carnage. A theatrical slant was the key to their performance. Those showmen took the show far beyond rock ’n roll. Lead vocalist Kyle Bentham was dressed like a sartorial icon and was blowing bubblegum. With ‘Friends in the Sky’ they proved that their skills can go on and on with an ice-cool image. Their cover of The Misfits, ‘Last Caress’ leaves the punkers punching in the air. Sure a nice variety to Terror. Four Year Strong (USA)
No elegance for ‘Four Year Strong’, but they delivered bouncy, pit-friendly songs. Lack the elegance on The Dirty Nil, they can deliver some huge, bouncy, pit-friendly anthems. With a lot of noice and moshing, the visitors welcomed this band from Worcester. Here the sound is also very bad, but the four on stage still managed to bring sing-along friendly songs. ‘Stuck in the Middle’ and ‘Go Down In History’ were definitely the highlights of this show. Less Than Jake (USA)
The punkers from ‘Less Than Jake’ are no strangers at festivals, even on Groezrock. A crowd-pleasing set is the sequel. Everything is exactly what the crowd wants to hear and the guys gave selflessly. Glitter cannons, huge balloons and t-shirt giveaways made it a performance full of hits, including ‘Johnny Quest Thinks We’re Sellouts’ and ‘All My Best Friends Are Metalheads’. We definitely had the most fun of the day at this band. Frank Turner & The Sleeping Souls (UK)
We haven´t heard much of ‘Frank Turner & The Sleeping Souls’. Not because of the time, but because the sound wasn’t good. But fans and public sang along with hits like ‘If I Stray And Get Better’. The first thing that was really clear, is that ‘Positive Songs For Negative People’, the latest album of the Englishman, was the main theme of the whole show. The happy sound of folk punk chanced the mood of every visitor into a sunny appearance. The only disadvantage: There was lack of authenticity, because of his extra musicians. A solo performance and acoustic guitar should have brought that cozy campfire feeling. Hatebreed (USA)
Instead of having a break we headed over to see ‘Hatebreed’ perform. Every time I saw this band the energetic show was the highlight. And this Friday they proved to still have it. Jumping on stage, making the crowd go wild and the amazing breakdowns let us party along after ‘Frank Turner’ and the mud. Especially their world famous ‘Destroy Everything’ made people went insane. Biggest and hardest moshpit of the weekend goes to this band. Disadvantages? Not much, except for the terrible sound. Terror (USA)
Then it was the turn of Terror, one of the modern godfathers of the international hardcore scene. Scott Vogel and his guys couldn’t stand still on stage, and so were the visitors. This band did forget about the shitty weather. With two feet to the stage the visitors were crowdsurfing to catch a glimp of the guys. ‘Always The Hard Way’ and ‘One With The Underdogs’ looked like the favorite of the visitors in the tent. And the show? It was great. Nothing more to say about it. Rancid (USA)
The last band we saw was headliner Rancid. This Californian punks still know how to make the crowd crazy. It was a front-to-back party at the classic album ‘… And Out Come The Wolves’ and you could see that this was the moment everyone was waiting for. But the band ran to the songs like a pack of rabid dogs. Of course the biggest sing-along of the weekend was at ‘Old Friend’ and ‘Journey to the End of the East Bay’, but it didn’t went out as the biggest show we’ve seen this day. With a 5-song encore, featuring ‘Fall Back Down’, ‘I Wanna Riot’ and ‘Radio’ the band said farewell to the visitors of Groezrock. 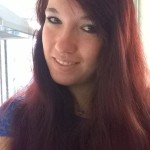