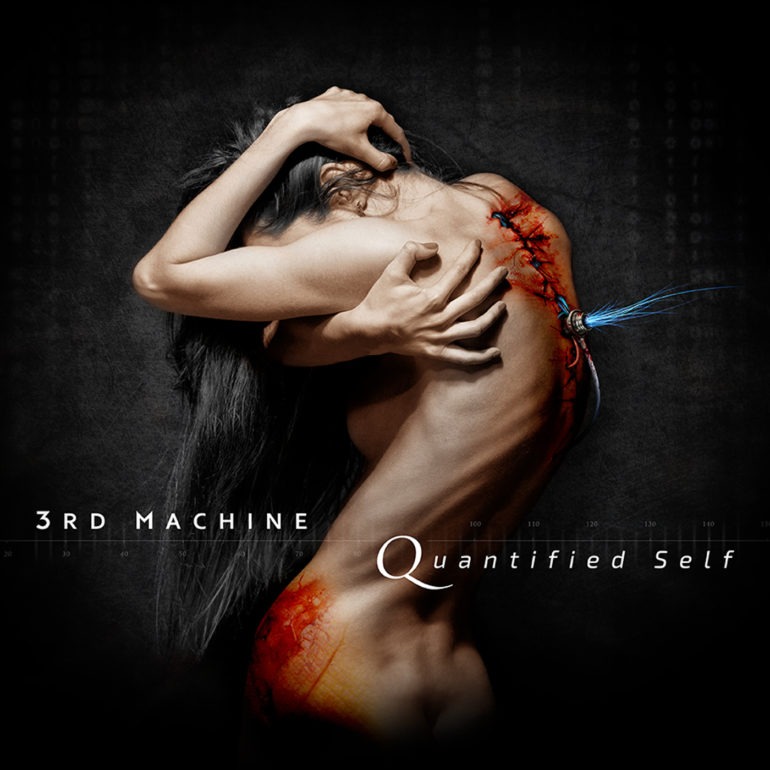 After ten years and three EPs, the Dutch modern metal band 3rd Machine released their first full length album ‘Quantified Self’ in April 2016. Their last EP ‘The Egotiator’ (2010) gained a lot of positive feedback and it opened the doors to many great festivals and shows. Now the question is, are they making a next step or a giant leap with this new album?

The first song ‘Curveball’ is a killer song straight away! The sound of the guitars and the moshing double bass drums are just amazing. The wall of sound is gently interrupted by a spoken word sample and some nice melodic clean guitar parts. They used a lot of ‘keyboard’ effects (without a keyboard player?) on the background, which I closely compare with Fear Factory’s ‘Demanufacture’. The folk metal sounding parts of multi layered vocals give the songs lot’s of body. They play with the balance between groovy and heavy riffs, combined with melodic moments and nice melodic ‘jazzy’ solo’s. Just briliant! You can hear this album is composed in the right way by people who know what they’re doing, by using and combining their experience.

The highlight of the album is de complex and progressive song ‘Ultimate Intelligence’ featuring Mark Jansen from Epica/Mayan. A groovy and progressive metal song with some awesome tempo changes, guitar solo’s and acoustic parts. Especially the change from heavy to clean is just great and sucks you into the song. This album includes a massive wall of sound, atmosperic parts and brutal screams combined with melodic vocals. All influenced by modern, melodic, symphonic, progressive and industrial metal.

The music of 3rd Machine is not amazingly heavy, but it’s just groovy and powerfull in a very pleasant way. It takes you on a journey and is catching my attention constantly. With ‘Quantified Self’ they proove that experience is the best teacher. I think they made a killer debut album and a giant leap to new success!